The outbreak has sickened at least seven people in five states (Florida, Maine, Pennsylvania, South Carolina, and Texas), requiring four hospitalizations. One death has been reported from Texas.

On December 20, 2019, Almark Foods recalled all hard-boiled and peeled eggs in pails produced at its Gainesville, Georgia. The recalled egg products are packaged in white plastic pails with white plastic lids and were sold under several brand names, including: Almark Foods, Egggs Select, Nic’s Peeled Pearls, Rainbow Farms, and Sutherland’s Food Service, Inc. The company has suspended production of these products to further investigate the issue.

Because these eggs were packaged in plastic pails and sold under various brand names nationwide to food service operators, including grocery stores and restaurants, consumers may not be able to tell if products they’ve purchased from stores contain these eggs. Therefore, the CDC recommends people at higher risk for Listeria infection, such as pregnant women and their newborns, adults ages 65 or older, and people with weakened immune systems, such as people with cancer or on dialysis:

This investigation is ongoing to determine the source of contamination and if additional products are linked to illness.

Listeria can cause different symptoms, depending on the person and the part of the body affected. Pregnant women typically experience only fever and other flu-like symptoms, such as fatigue and muscle aches. However, infections during pregnancy can lead to miscarriage, stillbirth, premature delivery, or life-threatening infection of the newborn.

People other than pregnant women can have symptoms that include headache, stiff neck, confusion, loss of balance, and convulsions in addition to fever and muscle aches. People with invasive Listeria infection usually report symptoms starting 1 to 4 weeks after eating contaminated food. Infection is treated with antibiotics. 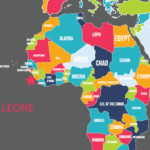 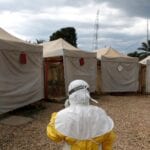