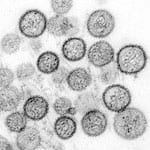 Hantavirus came into the national spotlight this month after eight visitors of Yosemite National Park have contracted the rodent-borne disease. Three people have died as a result, most recently a West Virginian reported to have visited the park in June.  An estimated 10,000 visitors may have been exposed to the virus through rat droppings found around cabins.

The other two deaths occurred in Pennsylvania and California. Those that were sickened also were from California and the National Park Service said last week they were either improving or recovering.

Alerts from the U.S. Centers for Disease Control and Prevention (CDC) sent to public health agencies, doctors and hospitals have turned up other suspected cases that have not yet been confirmed. This week the European CDC and the World Health Organization issued global alerts for travelers to any country to avoid exposure to rodents.

Infection with Hantavirus can progress to Hantavirus Pulmonary Syndrome (HPS), which is sometimes fatal. The virus is not spread from person to person. People become infected through contact with hantavirus-infected rodents or their urine and droppings. Anyone exhibiting the symptoms must be hospitalized. More than 36 percent of people who contract the rare illness will die from it. Officials state rodent control in and around homes or cabins as the primary strategy for preventing Hantavirus infection.

All cases of Hantavirus infection are reported to and researched by the Viral Special Pathogens Branch (VSPB) of the CDC.

Strep A and Scarlet Fever: Signs and Symptoms