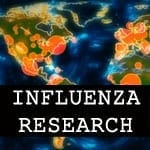 One study examines whether treatment with a licensed influenza drug, oseltamivir, reduces the time that infected people continue to produce virus in the upper airway. A second tests whether a combination of three licensed flu antiviral drugs works better than oseltamivir alone in people with influenza who have chronic health conditions, such as heart or lung disease, that put them at greater risk of severe illness. The third tests whether treatment with plasma enriched with anti-influenza antibodies improves the condition of hospitalized influenza patients compared to standard antiviral treatment alone.

Although oseltamivir has been approved for use in the United States since 1999, no studies have shown conclusively whether the drug significantly reduces the amount of virus produced (shed) by an infected person. Reduced shedding would likely lessen the chances of an infected person passing the virus to others. The oseltamivir trial will enroll a total of approximately 560 people at 31 locations in the United States, Argentina and Thailand.

The trial comparing oral oseltamivir alone to treatment with oseltamivir plus two other licensed antiviral drugs is enrolling a total of up to 720 adults at sites in the United States, Argentina, Australia, Mexico and Thailand.

The third trial aims to enroll a total of approximately 100 people at approximately 20 sites in the United States. All participants will receive standard drug treatment for influenza, and half will also receive two infusions of plasma enriched with antibodies against the virus. The antibodies used in the trial are derived from blood donated by volunteers who were recently vaccinated against flu or are recovered from a recent bout of flu.

“Anecdotal evidence suggests that the addition of plasma with high levels of antibody against the virus may confer additional benefit over drug treatment alone. This trial will be one of the first to examine that possibility in a scientifically rigorous fashion,” said Dr. Richard Davey, M.D., Deputy Clinical Director, NIAID DCR. “The outcome of this trial may provide valuable data on how best to treat patients hospitalized with severe influenza.”

Anthony S. Fauci, M.D., Director of NIAID, described the ongoing challenges of combating influenza on the heels of an especially strong season: “Despite our best efforts to prevent influenza through vaccination, people still get sick every year with the flu. At best, influenza infection is a miserable experience. At worst, it can be a deadly one. We need better ways to treat people with influenza, which kills thousands of people in the United States each year, and clinical research supported by NIAID helps to address that need.”