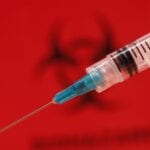 In a report released this week, the Presidential Commission for the Study of Bioethical Issues concluded that the federal government would have to take multiple steps before anthrax vaccine trials with children could be ethically considered.

The findings of the commission followed a lengthy review of the ethical considerations of conducting clinical trials of medical countermeasures (MCMs) with children, which included a wide range of expert testimony and meetings to solicit public input.

The task was initiated following a 2011 federal bioterrorism preparedness exercise to study the likely results of a large-scale release of weaponized anthrax spores in a city such as San Francisco. The casualty estimates were that a staggering 8 million citizens would be affected, nearly a quarter of them children.

If such an event were to occur, federal plans call for immediate distribution of antibiotics proven effective in treating anthrax infections, and a follow-up widespread vaccination program using Anthrax Vaccine Adsorbed (AVA). Vaccination is believed necessary because anthrax spores would likely continue to pose a threat of infection long after the initial release had taken place.

Although AVA has been administered to over a million adults in the military, there is no definitive understanding of the vaccine in children. The National Biodefense Science Board (NBSB) recommended studies be conducted to test the safety and effectiveness of AVA in children before an anthrax attack occurs, contingent upon this review of the ethical issues.

The commission found that a major ethical consideration in “pre-event” trials, in which testing occurs before an actual or imminent attack, is that children do not stand to benefit directly from participating in the study, and so risk must be kept very limited and small. In addition to recommending that pre-event trials with children not go forward in the absence of further safety testing on adults, the Bioethics Commission clarifies other rigorous conditions that must be met before such pediatric research may ethically proceed.

“The safety of our children is paramount and we have to get this precisely right,” said Commission Chair Amy Gutmann, Ph.D. “The Bioethics Commission concludes that many significant steps would have to be taken, including additional minimal-risk research with adult volunteers, before pediatric anthrax vaccine trials prior to an attack should be considered.”

“While the knowledge gained could be very useful in the event of an attack, we may never have – and hope never to have – occasion to use it,” Gutmann said. By contrast, post-event testing offers a chance of directly benefiting participants and the opportunity to learn about their condition, which resulted from the attack.

The Bioethics Commission concludes that, absent extraordinary circumstances, pre-event MCM research with children is ethical only if it presents “no more than minimal risk” to study participants, where “minimal” means no greater risk than that routinely faced by a healthy child in daily life or at a medical check-up.

The commission further recommended that post-event research be planned for and conducted in the event minimally tested countermeasures are used to protect children in an emergency situation.