Global Partners are Taking the ‘Neglect’ Out Of ‘Neglected Tropical Diseases’ 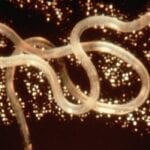 Two years after the launch of a landmark private and public partnership, the world is accelerating progress in combating 10 neglected tropical diseases (NTDs). Global leaders gathered in Paris this week at the Institut Pasteur to announce that this partnership has catalyzed momentum and crucial resources against NTDs—parasitic and bacterial infections that put one in six people worldwide at risk of being sickened, disabled or disfigured.

NTDs disproportionately affect the world’s poorest and most vulnerable populations. Since the 2012 London Declaration—which put the collective weight of 13 leading pharmaceutical companies, global health organizations, private foundations, and donor and endemic country governments behind a new push to reduce the global burden of NTDs—the partnership has made strong progress in ramping up efforts to reach the World Health Organization (WHO)’s goals to control or eliminate a number of these diseases by the end of the decade.

The gathering coincided with the release of a new report highlighting gains over the past two years, including pharmaceutical companies meeting 100 percent of requests for drugs, and endemic countries taking ownership of NTD programs.

Several partners also announced new funding towards the fight against NTDs. A group of partners is committing more than US$120 million to address intestinal worms common in communities with limited access to clean water and sanitation, including US$50 million from the Children’s Investment Fund Foundation (CIFF). In addition, the World Bank Group, which has long played an important role in fighting onchocerciasis (river blindness), is committing US$120 million toward the goal of NTD control and elimination in low-income countries in Africa, including funding for school-based deworming efforts.

“The tremendous progress we have seen over the past two years is proof of the power of partnerships and the generosity of companies that made commitments under the London Declaration,” said Dr. Margaret Chan, Director-General of the WHO, who spoke at the event today. “Together with the governments of endemic countries, we are fast approaching the goal of controlling or eliminating many of these ancient causes of human misery. This is a pro-poor initiative that is improving the lives of more than a billion people.”

Today, a new collaboration was announced to combat soil-transmitted helminths (STH), a group of intestinal worms that are among the most common infections in children living in poverty.

“Over 800 million children live where worms are intensively transmitted and are assumed to be infected. This profoundly impacts these children’s nutritional, educational and health status,” said Jamie Cooper-Hohn, Chair of CIFF, which is contributing new funding. “Following the success of our partnership with the Government of Kenya in reducing intestinal worm infestations in children from 35 percent to 10 percent in one year, CIFF is now committing an additional US$50 million over the next five years to implement large-scale systematic approaches to deworming in a number of countries, with the hope that, ultimately, we can break the transmission of worms and achieve the vision of: every child, everywhere, free from worms forever.”

Overall, partners committed more than US$120 million to scale up deworming efforts, catalyze country demand for treatment and develop new tools and strategies for interrupting transmission, including:

CIFF investing up to US$50 million to fund technical assistance to national deworming programs, including improved monitoring and evaluation and operational research aimed at exploring pathways to elimination in the future;

The Bill & Melinda Gates Foundation investing US$50 million to explore the feasibility of interrupting transmission and mitigating the risks of drug resistance, as well as the most effective cross-sector approaches;

Vitamin Angels committing US$4.5 million to scale up deworming with Vitamin A distributions and to provide implementation support through local partners to eligible pre-school children;

WaterAid working to deliver WASH programs in NTD-endemic areas and to foster collaboration between WASH stakeholders and agencies working on NTDs, education, nutrition and health;

The Global Partnership for Education (GPE), in collaboration with the World Bank Group, assisting education sectors in developing countries to deliver donated deworming drugs to children;

The World Food Programme (WFP) working to ensure deworming is provided to millions of children as part of current school feeding programs;

The World Bank Group is committing US$120 million from the International Development Association (IDA), its fund for the poorest countries, to support NTD control and elimination across Africa, including support for school-based deworming programs.

“These are not only neglected diseases. They are the diseases of the most neglected people who live in extreme poverty,” said Tim Evans, Director of Health, Nutrition and Population at the World Bank Group. “The World Bank Group is mobilizing new support to African countries to help them eliminate these preventable diseases and liberate people, especially children, from their destructive grip.”

These organizations join others that have contributed crucial resources to combat NTDs since the launch of the London Declaration, despite a tough global economy.

Endemic countries have significantly increased demand for treatments in the past two years, enabled by drug donations from pharmaceutical companies that have essentially removed drug supply as a barrier for a number of NTDs.

Today, more than 70 countries have designed large-scale, low-cost national treatment plans for multiple NTDs, leading endemic countries to reach a number of control and elimination targets. In addition, 194 Member States at the 2013 World Health Assembly passed a resolution to hold themselves accountable and take ownership of NTD programs.

Pharmaceutical companies are fulfilling their commitments to sustain and expand drug donations through 2020, which resulted in the donation of nearly 1.4 billion NTD treatments in 2013. Investments in NTD program implementation and delivery are leveraging these drug donations – valued at an estimated US$19 billion through 2020 – and ensuring they reach all people who need them. Every new dollar invested in NTD program implementation helps deliver up to US$10 in donated drugs.

“We’re taking the ‘neglect’ out of neglected tropical diseases, thanks to the commitment of partners from across the public and private sectors,” said Bill Gates, co-chair of the Bill & Melinda Gates Foundation. “Pharmaceutical companies are providing drugs free of charge, endemic countries are scaling up integrated screen-and-treat programs for multiple diseases and donors are delivering essential funding. If we stay focused, we can reach the London Declaration’s 2020 goals and help provide millions with access to health.”

New diagnostics and treatments being developed for human African trypanosomiasis (HAT, or sleeping sickness) have opened a pathway to elimination that was once unimaginable. A new oral drug to treat HAT, developed from a partnership between Sanofi and the Drugs for Neglected Diseases initiative (DNDi), is now in late-stage clinical trials. Standard Diagnostics, a subsidiary of Alere, commercialized a new rapid diagnostic test in 2013.

Following Alere’s development of a new diagnostic for lymphatic filariasis, which is lower-cost and more stable than the current test, a group of partners – including the Bill & Melinda Gates Foundation, Eisai, GlaxoSmithKline and Merck & Co., Inc., Whitehouse Station, NJ, USA – have stepped in to support the test’s rollout to ensure it is affordable for national programs.

A number of research-based pharmaceutical companies are working in partnership with DNDi to develop a macrofilaricide, an essential tool to accelerate progress toward targets for lymphatic filariasis and onchocerciasis.

Merck KGaA, Darmstadt, Germany, doubled its donation of praziquantel, which treats schistosomiasis, and is leading a partnership to develop a pediatric formulation that will begin clinical trials this year.

A new strategy to cut leprosy transmission, led by Novartis and other partners, is showing preliminary transmission reductions of 50-60 percent.

“Industry partners are eager to work together to build on longstanding efforts to combat NTDs, develop new drugs and diagnostics and go beyond drug donations to ensure life-saving and preventative solutions meet those in need,” said Christopher Viehbacher, CEO of Sanofi, who spoke at today’s event. “We are committed to improving the lives of millions of people who suffer from these horrific diseases and helping boost communities and economies.”

While significant progress has been made, major scale-up of NTD programs and human and financial resources are needed to sustain progress and ensure the delivery of drug and funding commitments made to date. For example, while 700 million people received at least one mass drug administration for NTDs in 2012, only 36 percent of people in need of drugs worldwide received all the treatments they needed.

Additional financial resources are required from private and public sector donors to achieve program targets and reach people in need. Companies and research organizations must continue to work toward developing new treatments, diagnostics and other tools to address remaining gaps. Endemic countries need technical support to build the capacity and impact of their NTD efforts.

Collaboration across various sectors must also be a priority, such as integrating NTD programs with sanitation, education and nutrition programs.

Many French stakeholders, in the scientific community, among NGOs, and in both the public and the private sector, have played an important role in the fight against NTDs. France promoted the creation of the Global Observatory for Health Research and Development within WHO.

Through the French Agency for Development (AFD), France is renewing today its commitment with a €2 million grant to DNDi to develop new drugs against visceral leishmaniasis. This contribution comes in addition to the €5 million recently granted by AFD to DNDi for the fight against malaria, sleeping sickness and pediatric HIV.