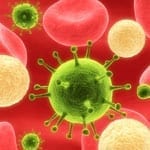 Certain processes used to sterilize blood products could potentially cause serious health issues in transfusion recipients, according to an international study published in the journal Platelets and led by Dr. Patrick Provost of Université Laval’s Faculty of Medicine and the CHU de Québec Research Center.

These processes purportedly alter the blood platelets to the extent of preventing them from carrying out their functions correctly and may be the cause of hemorrhages observed in patients having received treated blood.

The function of platelets goes far beyond their role in blood coagulation and wound healing. They contain up to a third of the human genome in the form of ribonucleic acid (RNA), allowing them to synthesize over 1,000 proteins essential to the normal functioning of the human body.

Dr. Provost and his colleagues discovered that these treatments activate blood platelets, triggering the release of RNA. “The platelets end up depleted of RNA so, once transfused, they’re unable to do what they normally would,” says the researcher.

The treatments are already on the market in some European countries, notably Switzerland, France, and Germany. Manufacturers are trying to get approval in other countries, including Canada and the United States. Professor Provost regrets the dearth of independent studies that have focused on the safety of the processes and hopes regulatory authorities such as Health Canada and the U.S. Food and Drug Administration will take these results into consideration. “In light of what we have demonstrated, the potentially harmful effects of these treatments should be carefully evaluated in the countries where they are not yet approved. It should also be re-evaluated in those countries where they are,” concludes Provost.