The Defense Threat Reduction Agency (DTRA) is seeking sources of potential technology, modeling and simulation, and operational improvements to the systems defined by the Comprehensive Nuclear-Test-Ban Treaty (CTBT) and subsequently issued technology operations manuals and technical guidance provided out of the Preparatory Commission for the CTBT Organization (CTBTO).

The DTRA J9 Nuclear Technologies Directorate and the Nuclear Arms Control and Technology (NACT) Research Development, Testing and Evaluation (RDT&E) Program is charged with improving the verification and reliability capability of the waveform and radionuclide nuclear detonation detection stations comprising the US portion of the International Monitoring System.

The NACT RDT&E program is interested in advancing mature improvements into operational use for the International Monitoring System (IMS), which consists of 321 monitoring stations and 16 laboratories deployed worldwide. The NACT program has responsibilities for the 37 installed and planned IMS stations located in the US and US territories.

RDT&E submitted to this RFI should target one of the following larger goals:

This request for information is limited to applied research, development, test and evaluation concepts that fit within the DoD-defined Technology Readiness Levels one through nine.

Specific topic areas and response instructions are available under Solicitation Number: HDTRA1-NACT-RFI. The deadline is July 25, 2014. 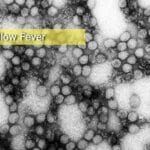