The contract is for FLIR’s integrated chemical, biological, radiological, nuclear, and explosives (CBRNE) threat response system and related spares and services. The follow-on order is for systems totaling $51.1 million.

The DR SKO program, in development since 2008, is a joint-service, Department of Defense initiative centered on CBRNE threat detection systems that will be utilized by the Army, Navy, Air Force, Marines, and Civil Support Teams. The FLIR DR SKO system provides an integrated set of CBRNE detection, identification, sample collection, testing, and personal safety kits that allow personnel to perform site assessment and consequence management missions.

“Our continued success under the DR SKO program is the result of FLIR’s commitment to product execution and customer support,” said Andy Teich, President and CEO of FLIR. “We are pleased to support the U.S. Government with these integrated systems that are designed to protect people against serious threats.”

Production under the contract is expected to be performed out of FLIR’s facility in Elkridge, MD, and fulfillment of the delivery order is expected to occur from September 2015 through April 2016. 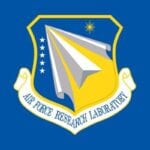 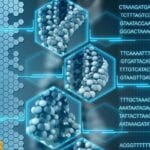