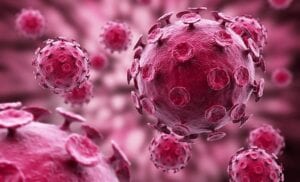 Scientists at Columbia University’s Mailman School of Public Health and the School of Public Health of Li Ka Shing Faculty of Medicine at the University of Hong Kong have shown for the first time that it is possible to predict the timing and intensity of influenza outbreaks in subtropical climates where flu seasons can occur at different times and more than once during a year.

Since the 2013-2014 season, the Mailman School scientists have published weekly regional flu forecasts for over 100 cities in the United States using a system recognized by the U.S. Centers for Disease Control and Prevention. Much like weather forecasting, their system employs a computer model to generate multiple simulations that mimic the behavior of an outbreak and are then knit together to generate an overall prediction.

In the new study, the researchers used data from a network of 50 outpatient clinics and laboratory reports in Hong Kong from 1998 to 2013 as a test case to retrospectively generate weekly flu forecasts. The system was able to forecast both the peak timing and peak magnitude for 44 epidemics in 16 years caused by individual influenza strains, including influenza A (H3N2), influenza B, and both seasonal and the 2009 pandemic outbreaks of influenza A (H1N1).

The technique predicted the peak timing of the outbreak three weeks in advance of the actual peak with accuracy as high as 93 percent. Prediction accuracy varied depending on the strength of the outbreak and how far in advance the prediction was made. In general, forecasts for specific strains were more accurate than those for aggregate epidemics, and the peak and magnitude of outbreaks were more accurate than the timing of their onset or their duration.

The researchers began publishing real-time flu predictions for U.S. cities with information on specific strains for the 2014-2015 flu season on the Columbia Prediction of Infectious Disease website and expect to publish real-time predictions for Hong Kong in advance of the next influenza season, which will appear on the Columbia website and the Hong Kong group website.

“These forecasts provide information at lead times that can be valuable for both the public and health officials,” says senior author Jeffrey Shaman, PhD, associate professor of Environmental Health Sciences at the Mailman School. “Individuals may choose to get a flu vaccine to protect themselves against infection, while officials can anticipate how many vaccines and other supplies are needed, as well as the number of clinicians and nurses needed.”

Seasonal influenza outbreaks in temperate climates like the United States are restricted to the winter months. By contrast, outbreaks in the subtropics such as Hong Kong happen year-round. In addition, outbreak intensity, duration, and timing are more variable in the subtropics than in temperate regions. “The irregularity of flu outbreaks in subtropical climates makes forecasting more challenging,” says first author Wan Yang, PhD, an associate research scientist at the Mailman School.

Yang and her co-authors modified the flu forecasting system used in the United States to account for the dynamics of a subtropical climate, adding mathematical techniques that prompt the system to recalibrate itself and let go of certain assumptions. “We design the system to pay attention to the data when there are changing dynamics, and promptly recognize any change in flu activity throughout the year,” explains Yang.

Looking ahead, the researchers hope to refine the system to account for cross-immunity due to prior infections from related strains, for varying transmission dynamics among age groups, or spatial connectivity among sub-regions.