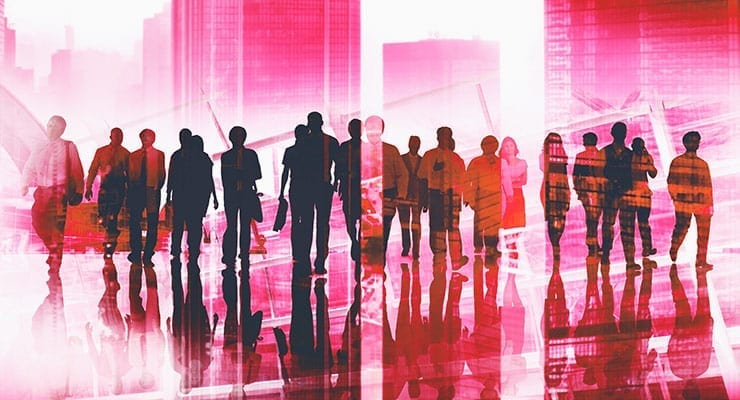 Mobile phone data may reveal an underlying mathematical connection between how we move and how we communicate that could make it easier to predict how diseases — and even ideas — spread through a population, according to an international team of researchers.

The research was supported by the U.S. Army Research Laboratory, the Office of Naval Research, the Defense Threat Reduction Agency and the James S. McDonnell Foundation 21st Century Initiative in Studying Complex Systems.

“This study really deepens our quantitative understanding of human behavior,” said Dashun Wang, assistant professor of information sciences and technology, Penn State. “We would like to think that we control our own behavior and we can do what we want to do. But, what we are starting to see with big data is that there is a very deep regularity underlying much of what we do.”

He added that because movement and communication are connected, researchers may only need one type of data to make predictions about the other phenomenon. For instance, communication data could reveal information about how people move.

The equation could better forecast, among other things, how a virus might spread, according to the researchers, who reported their findings this week in the Proceedings of the National Academy of Sciences. In the study, they tested the equation on a simulated epidemic and found that either location or communication datasets could be used to reliably predict the movement of the disease.

“One application we showed is if we know who communicates with whom in a country, we would be able to estimate how a virus would spread within that country,” said Wang. “In order for us to know how a virus spreads, traditionally we would need to know how people move around, but now we don’t need to know that. If a virus, like the Zika virus, entered Dallas, let’s say, we show that we would not only know how it would spread across the United States, but our estimations would be far more accurate than those achieved with methods that we have been using earlier.”

He added that researchers could also use this data to predict how ideas and trends sweep through a culture.

Wang said this phenomenon is based on mathematical rules, often referred to as a power law distribution. This law describes the regularity of certain behaviors, but recognizes that there is always a small chance for an occasional large aberration.

“For example, most of the time, people move only very, very short distances, just to places around town,” said Wang. “But, occasionally, you’ll take a long jump. You take a trip to New York City, and then, when you’re there, you might take a few more short jumps before you go back home.”

The researchers analyzed data from three different databases with messages from 1.3 million users in Portugal and 6 million users in an unnamed European country. They also collected four years of data from a large mobile phone carrier in Rwanda.

The datasets included information on who makes calls or sends text messages with whom and where, according to Wang.