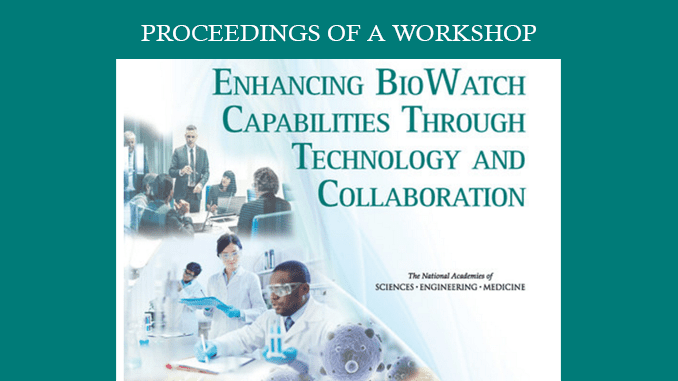 The Department of Homeland Security’s BioWatch program aims to provide an early indication of an aerosolized biological weapon attack. The first generation of BioWatch air samplers were deployed in 2003. The current version of this technology, referred to as Generation 2 (Gen-2), uses daily manual collection and testing of air filters from each monitor, a process that can take 12 to 36 hours to detect the presence of biological pathogens.

Until April 2014, DHS pursued a next-generation autonomous detection technology that aimed to shorten the time from sample collection to detection to less than 6 hours, reduce the cost of analysis, and increase the number of detectable biological pathogens. Because of concerns about the cost and effectiveness of the proposed Generation 3 system (Gen-3), DHS cancelled its acquisition plans for the next-generation surveillance system.

In response to the 2015 GAO report Biosurveillance: DHS Should Not Pursue BioWatch Upgrades or Enhancements Until System Capabilities Are Established, DHS requested that the National Academies of Sciences, Engineering, and Medicine conduct a workshop to further explore the findings of the 2015 GAO report and discuss the impact these findings may have with regard to the future development of the technical capabilities of the BioWatch program.

The National Academies’ Health and Medicine Division, under the auspices of the Standing Committee on Health Threats and Workforce Resilience, established an ad hoc committee to organize a 2-day public workshop. As part of this discussion of GAO’s findings, the workshop was to explore current BioWatch program technologies and approach the question of how technological evolution now and in the future might impact the next generation of the program.

In addition, the workshop was to discuss existing and possible collaborations between BioWatch, public health laboratories, and other stakeholders that could contribute to the enhancement of biosurveillance capabilities at the federal, state, and local levels.

The proceedings of the workshop were released this week by the National Academies Press and are available here: Enhancing BioWatch Capabilities Through Technology and Collaboration.