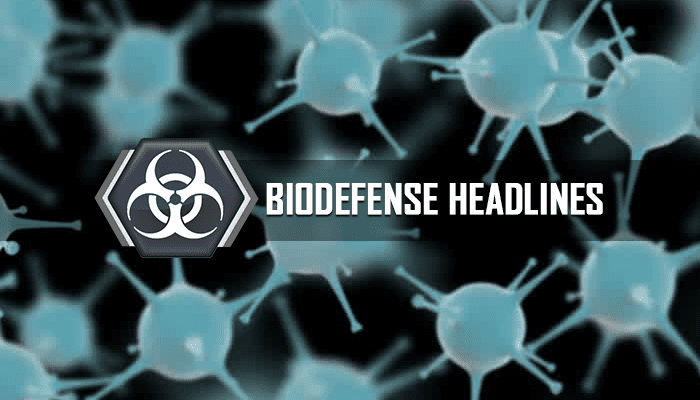 See what we’re reading this week at Global Biodefense on topics including early warning systems for WMDs, experimental Ebola vaccines, and the new congressional biodefense caucus.

An early warning system for WMDs

The Defense Advanced Research Projects Agency wants to create a real-time detection system to sniff out “minute traces” of chemical, biological, nuclear or other potential threats, according to an agency announcement on the SIGMA+ effort. Defense Systems

US healthcare system not prepared for large-scale disasters, report finds

A new Center for Health Security Project Team report said the U.S. healthcare system is not prepared for a large-scale incident or catastrophic disease. Other segments of society that support or interact with healthcare are also not sufficiently prepared for disasters. Healthcare Dive

Pills and needles: at the forefront of next generation pandemic preparedness

How do you stop a pandemic?  Do you focus on rapid diagnosis and treatment of the infected?  Do you try to anticipate it and head it off at the start?  Do you vaccinate against the etiologic agent and stop it entirely?  The ‘Pills and Needles’ Panel at ASM Biothreats explored all of these options.  Pandora Report

Why America could become vulnerable to the next major pandemic

Infectious diseases know no borders. In this age of global hyper-connectedness, a disease outbreak anywhere is a threat everywhere. With just a sneeze, a hug or a plane ride, a deadly germ can travel from West Africa to North Texas before we even realize the threat exists. Time

What makes the Spanish flu pandemic noteworthy today is that it was a spontaneously occurring mutation of preexisting strains that can now be mimicked in any life sciences lab with the proper equipment and skills. Forbes

More than 50 attendees, including Members of Congress, biodefense industry experts, Congressional staff and others, took part last week in a reception to launch a new Congressional Biodefense Caucus. The caucus already boasts a membership roll including 27 bipartisan Members of Congress and is chaired by Rep. Susan Brooks (R-IN) and Rep. Anna G. Eshoo (D-CA). Alliance for Biosecurity

Concerns over the accidental or deliberate release of novel pathogens has prompted a debate about the conduct or funding of biological research in the name of human health and security. Of concern is “gain-of-function” (GOF) research resulting in the creation of a “potential pandemic pathogen (PPP)” (GOF/PPP research) where, inter alia, the host range, virulence, or transmissibility of a pathogen is enhanced. Frontiers in Bioengineering and Biotechnology

On the centennial anniversary of the Spanish Flu epidemic of 1918, U.S. vulnerability to intentional, accidental and naturally occurring disease outbreaks continues to increase.  Defending against biological threats is explored in this report by the Blue Ribbon Study Panel on Biodefense. Homeland Security Digital Library

American lives are worth budgeting for with biodefense

The authors argue that the White House should also establish a new, government-wide, Biodefense Coordination Council composed of senior officials from responsible departments, independent agencies, and independent institutions, as well as private sector and state, local, tribal, and territorial representatives. This Council could help identify redundancies and gaps in our biodefense before they wind up costing lives and wasting dollars. The Hill

Over the past decade, Ebola, MERS, highly pathogenic influenza and, more recently, the Zika virus outbreak, have demonstrated how pandemics devastate communities and economies. Countries in East Asia and the Pacific made tremendous efforts to tackle emerging infectious diseases; however, many challenges remain to ensure that resilient health systems and pandemic preparedness are sustainably financed. Relief Web

US, European leaders warn ‘no impunity’ for toxic gas attacks in Syria

The United States and European powers are vowing a “firm response” to those responsible for recent alleged toxic gas attacks in Syria’s eastern Ghouta, where hundreds of civilians have died in recent weeks. Voice of America

Will the newest international effort to stop chemical attacks in Syria succeed?

The process of identifying and holding accountable the perpetrators of chemical attacks in Syria, like the one on Sarmin, has been slow and frustrating. The international body charged with implementing the Chemical Weapons Convention can conduct fact-finding missions to determine if toxic chemicals were used as weapons, but the organization does not have the authority to determine attribution — that is, who launched the attacks. War on the Rocks

The U.S. has determined that North Korea used chemical weapons, an apparent reference to the killing of leader Kim Jong Un’s half-brother last year. The State Department did not provide justification for the finding publicized Friday. But it comes nearly one year after Kim Jong Nam died at an international airport in Malaysia in an attack authorities said used VX nerve agent. PBS Newshour

A new report warns that ISIS followers in the Middle East may be plotting a chemical attack on the U.S. Based on intercepted conversations, the report shows a desire by ISIS to use chlorine or other weapons of mass destruction on American soil. U.S. officials are working to disrupt the plan and a homeland security official said, “the bottom line is: the threat is real.” CBS News

In December 2017, after six years of debate and discussion, the United States government closed a chapter—though perhaps not the book—on one of the most controversial experiments in the annals of dual-use research: the creation of an H5N1 avian influenza virus that was transmissible through the air between mammals. Bulletin of the Atomic Scientists

The facility has been given $3 million to produce up to 1,000 doses of the vaccine. It’s being led by Professor Yoshihiro Kawaoka who has studied the Ebola vaccine for more than a decade. The vaccine made at the Waismen Center will mimic the Ebola virus by using a form of the virus called Delta VP30, which is noninfectious and safe to work with under routine laboratory conditions. WMTV NBC and Madison.com

Much our understanding of the activity of anthrax toxin is based on in-vitro systems, which delineate the interaction between B. anthracis toxins and the cell surface. These systems however, fail to account for the intimate association of B. anthracis with the circulatory system, including the contribution of serum proteins to the host response and processing of anthrax toxins. BioRxiv

For the second week, the flu epidemic has eased

Flu is still rampant across the United States, but the Centers for Disease Control and Prevention reports that the epidemic has peaked. It eased a bit last week, for the second week in a row. Influenza is still claiming lives. The CDC reported 17 flu deaths among children last week, bringing the total pediatric deaths to 114. NPR

The Netherlands confirmed an outbreak of highly pathogenic H5N6 bird flu at a farm in the northern part of the country, the World Organisation for Animal Health (OIE) said on Wednesday, citing a report from the Dutch ministry of Economic Affairs. Reuters

Doudna and Charpentier get second CRISPR patent in Europe

Just a month after the European Patent Office revoked a CRISPR patent from Doudna and Charpentier’s competitors, they’ve been granted a second patent that covers a new form of the popular gene editing tool. The new CRISPR patent covers the use of what’s called a chimeric Cas9 enzyme, modified to inactivate its DNA-cutting function. Labiotech.eu

Mobile data will be used in Ghana to track and control epidemics, in a pioneering program announced by Vodafone Foundation last week. The initiative will use aggregated mobile data to track real-time trends in population movement, the charitable arm of the British mobile operator said at the Mobile World Congress in Barcelona. Reuters

Boulder-based startup Inscripta just landed $55.5 million in a Series C round. Inscripta made headlines last December when it announced the company had unearthed what its calling “MAD7,” an alternative enzyme to CAS9 that could be used to edit DNA. Having a proxy for Cas9 can get more companies jumping into the gene editing game. Endpoint News

Proteomic methods of detection and quantification of protein toxins

Biological toxins are a heterogeneous group of compounds that share commonalities with biological and chemical agents. Among them, protein toxins represent a considerable, diverse set. They cover a broad range of molecular weights from less than 1000 Da to more than 150 kDa. This review aims to compare conventional detection methods of protein toxins such as in vitro bioassays with proteomic methods, including immunoassays and mass spectrometry-based techniques and their combination. MDPI

Influenza in older patients: a call to action and recent updates for vaccinations

Influenza affects millions of people in the United States each year. Older patients are particularly at risk for infection, hospitalization, and death due to influenza-related complications, such as pneumonia. AJMC

New drug kills flu virus in one day, gets fast-tracked to approval

Tamiflu, the go-to drug for combatting influenza has a new challenger. Japanese drugmaker Shionogi has announced that test results are in: its drug kills the flu virus in 24 hours. With one pill. BigThink

A universal influenza vaccine: the strategic plan for NIAID

The Phase 1 clinical trial is a randomized, observer-blinded, placebo-controlled, single center study. This study, in approximately 65 healthy adults, will investigate two dose levels of VLA1601 when administered using two different vaccination schedules. Initial data from the trial are expected to be available in late 2018 or early 2019. Emergent Biosolutions

3 ways to end polio once and for all

Fast forward to 2017, and there were only 22 reported cases of polio worldwide, all of which were in Pakistan and Afghanistan. We are close to achieving the global eradication of this devastating disease. But, as the saying goes, “it ain’t over till it’s over.” Scientific American

‘Zero not an option’ — the complexity of antibiotic use in agriculture

The use of medically important antibiotics for disease prevention in food animals is a controversial topic. Some believe that administering sub-therapeutic doses of antibiotics in healthy animals through feed and water can help promote antibiotic resistance by creating selection pressure for drug-resistant strains of bacteria. But defenders of the practice argue that using antibiotics for disease prevention and control is important for animal and human health and for food security. CIDRAP

5-6 March in Arlington, Va. This 6th annual symposium will provide a forum for members of the DoD, Federal Government, State and Local Government, Private Industry, Academia, and other relevant CBRN stakeholders to discuss the latest updates from key organizations involved in advancing a Whole of Government approach to improving CBRN defense, readiness, response and recovery. Defense Strategies Institute

7 March – The Defense Advanced Research Projects Agency (DARPA) Defense Sciences Office (DSO) is sponsoring a Proposers Day to provide information to potential proposers on the objectives of an anticipated Broad Agency Announcement (BAA) for the SIGMA+ initiative (sensors thrust). Arlington, VA 22203. The event will be webcast for those who would like to participate remotely. DARPA

There was a time not so long ago, in the early 1990s, when warnings about emerging epidemics and infectious diseases were derided, the Cassandras were mocked, and the power of human ingenuity and countermeasures were hailed. Globalization of HIV/AIDS, of course, curbed such hubris, but medical and public health leaders, including the top tiers of WHO, viewed HIV as an exception to the rule. The Lancet

Remembering Albert Sabin and the vaccine that changed the world

In those days, children in the United States were immunized much the same way they are now: individually, on a schedule determined by a child’s age. But in Cuba, they’d done it differently. In a country without reliable refrigeration, it didn’t make sense to try to store perishable vaccine in every hospital and clinic. Instead, the health authorities had decided to vaccinate the entire country in one fell swoop. STAT 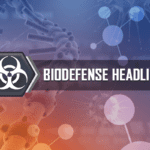 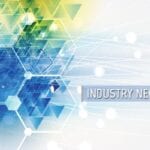