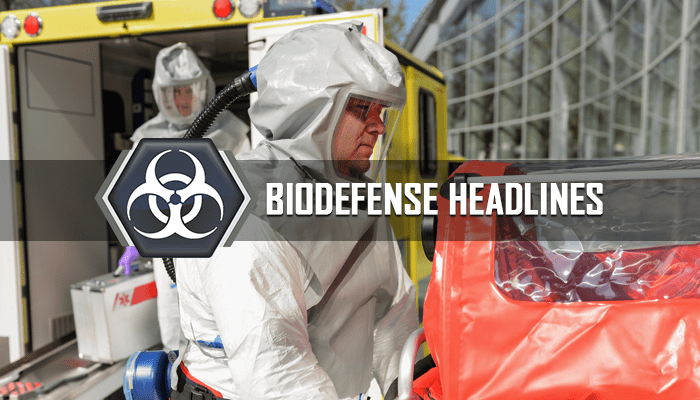 See what we’re reading this week at Global Biodefense on topics including the Pandemic and All-Hazards Preparedness and Advancing Innovation Act (PAHPAI); investigating shipment of chemical weapon components to Syria; and safely regulating the CRISPR genetic revolution.

Nigeria is no doubt now endemic for Lassa fever, there was an observed 21.3% seropositive prevalence in a countrywide study. The paper assesses the current trends in re-emerging Lassa fever geo-spatial distribution, inherent gaps and raising health system challenges towards improving interlinkage of laboratory and epidemiology surveillance to evidence for community towards One Health approach and practice. Infectious Diseases of Poverty

PAHPA was enacted in 2006 and reauthorized in 2013 to establish and build upon an all-hazards framework for responses to public health threats that may result in a public health emergency. The draft Pandemic and All-Hazards Preparedness and Advancing Innovation Act (PAHPAI) focuses on improvements to programs within the PAHPA framework to address these 21st century threats. Senate.gov

Lurching from Complacency to Panic in the Fight Against Dangerous Microbes

While public health has achieved notable victories such as the eradication of smallpox and the near elimination of wild polio, microbes have had millennia to learn how to adapt and survive. Instead, “smart” public health does not pretend to be able to eliminate infectious disease threats, but rather ameliorates the risk through rapid detection and effective response before outbreaks spread widely within communities, countries, and regions. Emory Law

The progress and achievements of 4 years of implementation of the Pandemic Influenza Preparedness (PIP) Framework Partnership Contribution in Armenia, Kyrgyzstan, Tajikistan, Turkmenistan and Uzbekistan in 2014–2017. World Health Organization

Presentation slide deck from the 8th MENA Influenza Stakeholders Meeting in Cairo. Includes an outline of how the WHO plans on influenza pandemic preparedness evolved and guidance for surveillance during a pandemic. Fondation Mérieux

Will You Be Able to Reach Your People During a Pandemic?

Meg Nash, an emergency preparedness and public health expert, joins Danielle Ricci, Sr. Director of Marketing for AlertFind, to talk about how businesses can best communicate with their employees, vendors and customers during a pandemic. Business Continuity Institute

Let’s Avoid a Global Pandemic: It’s Time to Reconsider Our Approach to Flu

This severe flu season was worsened by a vaccine that was a poor match for the most active strains of the flu, and a shortage of IV saline products used for hydrating infected patients. However, with the peak of flu season behind us, we can now assess the very real threat of a pandemic flu. Uptown Magazine

The unprecedented disclosure of the OPCW’s internal decision-making process and findings by Russia’s Foreign Minister drew an unusually sharp rebuke from the organisation’s Director-General Ahmet Üzümcü. The Trench

North Korea is accused of using a British ‘flag of convenience’ company to send components for Assad’s factories. A company registered at an industrial estate in Northamptonshire has become embroiled in the suspected shipment of chemical weapons supplies from North Korea to Syria. The Times

Inspectors with the global chemical weapons agency on Wednesday visited a second site in Syria’s Douma and took samples to help them determine whether banned toxic munitions were used there. Reuters

The Strategic Risks of Inaction on Syria’s Chemical Weapons

Syria’s chemical weapons program not only contributes to a tragic humanitarian situation, but its uninhibited use and maintenance creates strategic implications for the West and Israel. Should Syria – backed by Iran and Russia – continue to harbor chemical weapons, it could become the staging ground for the proliferation of such weapons to Hezbollah and others in the future. The Cipher Brief

The Bill and Melinda Gates Foundation is partnering with Lucy and Larry Page, (the chief executive of Alphabet) to establish a $12 million fund for researchers working on a universal flu vaccine. Quartz

Flu Vaccines Have High Impact, Even with Relatively Low Efficacy

Even relatively low-efficacy influenza vaccines can have a high impact, especially with optimal distribution across age groups, according to a study published online April 30 in the Proceedings of the National Academy of Sciences. MPR

HHS has teamed up with Proniras Corporation of Seattle to develop a new treatment for seizures that cannot be stopped with current medicines. HHS noted that uncontrollable seizures can result from exposure to nerve agents, and they can be deadly or lead to permanent brain damage. Pharmacist.com

Trogarzo (ibalizumab-uiyk injection) has been made available by Theratechnologies for the treatment of human immunodeficiency virus type-1 (HIV-1) infection, in combination with other antiretroviral(s), in heavily treatment-experienced adults with multidrug resistant HIV-1 infection failing their current antiretroviral regimen. MPR

Despite the threat of a global health crisis in antibiotic resistance, worldwide use of antibiotics in humans soared 39 per cent between 2000 and 2015, fuelled by dramatic increases in low-income and middle-income countries (LMICs), according to a new study in the Proceedings of the National Academy of Sciences (PNAS). Crisis Response Journal

Three African countries will pilot the RTS,S malaria vaccine in selected areas to see how best to provide the vaccine to young children. Learn more about the pilot implementation of RTS,S and why it is a critical next step toward a vaccine to combat malaria. Malaria Vaccine Initiative

This research project aims to capture correlated mutations in the heavy/light chain interface and between the complementarity determining regions (CDRs) that are important for paratope shape and conformation when designing antibodies with Rosetta. Vanderbilt University

CARB-X funding to support Achaogen’s early-stage aminoglycoside program developing antibiotics for difficult to treat infections that are associated with high mortality. Awarded Up to $2.4 million over approximately 11 months, and potentially up to a total award of $12 million. Yahoo Finance

In Switzerland, a series of discussion sessions led by the Swiss Academy of Sciences with over 40 representatives from academic life science research institutions has revealed that while a formal code of conduct was considered too restrictive, a bottom-up approach toward awareness and education was highly welcomed. Europe PMC (abstract)

CRISPR exploits an ancient system that allows bacteria to acquire immunity from viruses. The advances made possible by CRISPR could bring vast benefits to society, but the technology also poses risks. An out-of-control gene drive could drastically alter or even threaten a species. Foreign Affairs

The seemingly tireless activity of the cutting enzymes of the CRISPR toolbox have led many researchers to question just how targeted and controlled this enzymatic reaction can be. Possible side- or off-target effects are by no means the only fodder for heated debates, and ethical questions abound on everything from embryo modifications to engineered pathogens. Lindau Nobel Laureate Meetings

A technical report from 2016 summarizing the work performed as part of a Laboratory Directed Research and Development project focused on evaluating and mitigating risk associated with biological dual use research of concern. Department of Energy

Pushing the Envelope on Cost/Benefit Analysis

Today, whether we like it or not, there is a constant need to justify funding for cutting-edge research. Grant money is scarce, and thanks to the internet, journalists are reporting the latest discoveries faster than ever before, raising questions among the general public about the possible impact of these studies. It is with this in mind that I think we are reaching a crossroads in public perception—with research on the avian influenza virus H7N9 likely to take center stage. BioTechniques Journal

Rosalind Franklin died on April 16,1958 at the tender age of 37, but packed at least two lifetime’s worth of high quality science into her career. In the years since her death, she has won recognition among scientists for her research on the molecular structure of coal, viruses and, most notably, DNA. But wider fame has remained elusive. The Conversation

In 2001, working for Sen. Joe Lieberman (D-Connecticut), she wound up in the heart of the process of bringing the Department of Homeland Security into existence after 9/11. When the legislation to create the Department of Homeland Security was being developed in 2002, Todt found herself needing to draw on the expertise of people knowledgeable in key fields such as bioterrorism, science and technology, emergency management, critical infrastructure and cybersecurity. The Georgetowner

Vaxart, Inc., a clinical-stage biotechnology company developing oral recombinant vaccines that are administered by tablet rather than by injection, today announced the appointment of David Taylor, M.D., as Chief Medical Officer. Prior to joining Vaxart, Dr. Taylor served as a senior medical officer of the drug and vaccine development global programs at PATH. Citizen Tribune

They are three women who have spent months getting an experimental vaccine in the name of science. On each date of a strict timetable, they’ve headed to windowless exam rooms in Bethesda, Md., Baltimore and Atlanta and stuck out their arms, to get an injection or to have blood drawn. Or both. Tampa Bay Times 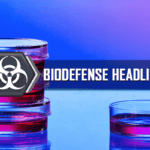 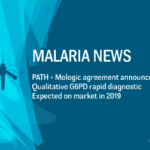