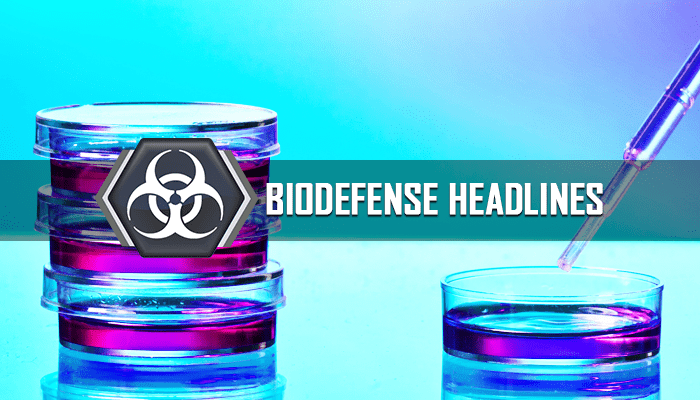 See what we’re reading this week at Global Biodefense on topics including the lack of U.S. leadership in the current Ebola crisis, avian influenza preparedness grants, and a rare outbreak of Nipah virus in India.

The Political Theater of Controlling Ebola With Border Checks

Checking people at the border—or even closing borders entirely against travelers from an infected zone—feels intuitively right, an easy solution for keeping disease at bay. But researchers who have studied earlier border-crossing outbreaks say the checks amount to little more than political theater. Wired

Azar will deliver remarks on the U.S. commitment to global health security, attend official events focused on key public health challenges and participate in multiple bilateral meetings with health ministers and officials from other nations, according to HHS. The Hill

W.H.O. Says New Ebola Outbreak Is Not Yet an International Health Emergency

The World Health Organization said Friday that a six-week-old outbreak of the deadly Ebola virus in Democratic Republic of Congo was worrisome and must be aggressively controlled but does not warrant its top designation as an international public health emergency. NY Times

Ebola Experts from CDC Ready to Deploy to Congo

CDC already has experts in a field office in Kinshasa working with the health ministry there. As part of its Global Outbreak Alert & Response Network, the World Health Organization asked the CDC for a list of about a dozen experts in epidemiology, diagnostics and healthcare worker safety who are ready to travel to the hot zone if asked to do so by WHO. Reuters

After Fumbling Ebola in 2014, Congo is Key Test for UN

Nearly four years after the World Health Organization was accused of bungling its response to the biggest Ebola outbreak in history, the U.N. agency appears to be moving swiftly to contain a flare-up in Congo, in what some experts see as a critical test of its credibility. Sante Fe New Mexican

These funds will go to the World Health Organization (WHO) in support of the joint Government of the DRC and WHO Strategic Response Plan, which will provide technical, operational, and personnel support in response to the Ebola outbreak. ReliefWeb

The Cooperative Threat Reduction Program was remarkably successful in reducing the former Soviet nuclear and chemical weapons proliferation threat, but it achieved mixed results in its attempts to eliminate the threat posed by bioweapons. The Hill

Trump Is in a Coma on Public Health

It’s heartening that so much has been achieved in so short a time for the current Ebola outbreak — and startling that it all happened without leadership from the United States. The country is missing in action from this outbreak, with only a handful of Americans on the ground and no special funding from the Trump administration. Foreign Policy

University of Minnesota researchers have been awarded new funding to further develop an online system to improve poultry disease prevention and preparedness. Feedstuffs

At least 10 deaths in the southern Indian state of Kerala are being blamed on an outbreak of the Nipah virus – a disease thought to be transmitted by bats and other animals. Officials say around 94 people have been quarantined inside their homes and some nine people are under surveillance in hospitals. NPR

First detected in China in 2012, porcine deltacoronavirus symptoms include acute diarrhea and vomiting in infected pigs. New research suggests the pathogen readily jumps between the cells of different species, including humans. Sky News

When A Mystery Outbreak Strikes, Who You Gonna Call?

Something was making people incredibly sick. And local health workers had no idea what it was. When the mystery was finally solved, the answer was surprising. The samples were testing positive for Neisseria meningitidis, a bacterial meningococcal infections — a condition that Liberian health care workers rarely see. NPR

Two major vaccination campaigns have been implemented since January as part of the global effort to reduce cholera by 90% by 2030, according to WHO. Although these vaccination drives are part of a greater effort in the fight against cholera, targeted interventions aimed at those with increased risk could potentially help reduce future outbreaks in countries where the disease is endemic. Healio

Wild mice in east-central Texas have been found infected with a new poxvirus, researchers reported this week in Emerging Infectious Diseases. CIDRAP

The Florida Department of Health in Marion County is advising residents there has been an increase in mosquito-borne disease activity. A horse tested positive for Eastern equine encephalitis virus infection on May 17. That marks four animal cases in the county this year: three horses and an emu. Ocala.com

Can the New Ebola Vaccine Stop the Latest Outbreak?

In hopes of curbing the spread, global health officials are launching a vaccination campaign. Four thousand doses of the vaccine have been shipped to the DRC — with another 4,000 to follow soon. The World Health Organization is coordinating the vaccination effort. NPR

Although $100 million already has been earmarked for search for a better flu vaccine, it’s not anywhere near enough, says a Minnesota infectious disease researcher Michael Osterholm. Faribault

Scientists are warning that levels of resistance to treatments for fungal infections are growing, which could lead to more outbreaks of disease. Intensive-care and transplant patients and those with cancer are most at risk because their immune systems cannot fight off the infections. BBC News

Research Institutions Must Put the Health of Labs First

How institutions can help lab groups to be productive, supportive and rigorous is an essential but often-overlooked topic. Institutional support is essential during the daily grind of scientific research, not just in times of crisis. Nature

The system comprises detection tool EpiDefend and forecasting tool EpiFX that use health and environmental data to produce a near real-time assessment of the likely presence of disease and how it might continue to spread. Open Gov Asia

Biosecurity: Do Synthetic Biologists Need a License to Operate?

The regulations that govern synthetic biology are not designed for synthetic biology and are inadequate to regulate newer gene editing applications (such as CRISPR editing). The current frame focuses on genetically modified products on not on the procedures to make them. Also, there are different laws in Europe, US, and other countries, laws that mostly reflect the attitudes towards GMOs. PLOS SynBio Community 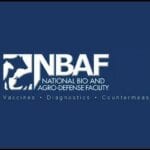 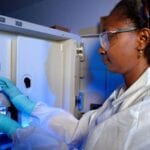