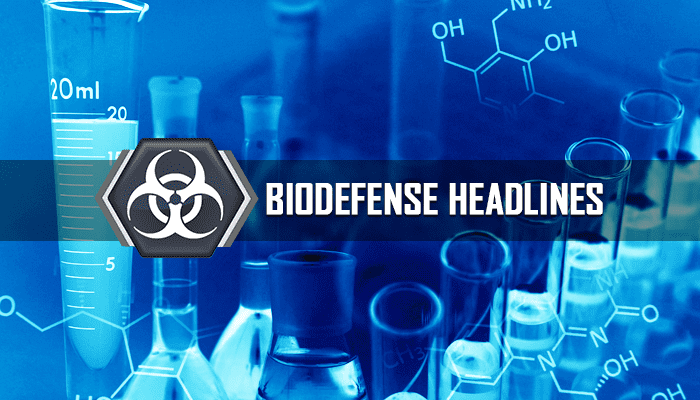 See what we’re reading this week at Global Biodefense on topics including Ohio’s Hepatitis A outbreak, polio in Papua New Guinea, and engineered bioweapons.

No new lab-confirmed Ebola infections were reported from the Democratic Republic of the Congo (DRC) over the past 3 days, though surveillance workers continue to report more suspected cases from the remote hot spots, while tests rule out earlier suspected cases. CIDRAP

Statewide Outbreak of Hepatitis A Declared for Ohio

The Ohio Department of Health said there has been 79 cases of hepatitis A in Ohio so far in 2018, nearly double the number of cases reported during all of 2017. In Indiana, 139 cases have been reported, 843 cases in Michigan and 238 cases in West Virginia.

They are two different, but closely related, viruses. Thankfully, the type of virus that causes rinderpest in cattle is still gone. But there is another type of rinderpest virus that causes disease in sheep and goats. Other than the fact it is highly contagious and highly lethal, there simply isn’t much known about the virus. American Council on Science and Health

The first signs of the disease were detected in April when a six-year-old boy presented to doctors with paralysis. In May, a vaccine-derived form of polio was identified as the cause. To tackle the outbreak the Papua New Guinea authorities, alongside officials from Unicef and the WHO, have undertaken house-to-house surveys, sample collection and contact tracing. The Telegraph

Our investigation found that the Syrian government dropped a chlorine bomb on this apartment in Syria. See the evidence in augmented reality. NY Times

Debate Over Whether to Use Genetically Modified Mosquitoes to Fight Malaria, Explained.

Between 438,000 and 720,000 people die of malaria every year. So starting from the moment we have deployable gene drive technologies that could wipe out the disease, every day we wait kills between 1,200 and 2,000 people. Vox

Are Countries Prepared for the Increasing Threat of Engineered Bioweapons?

Just as advances in technology have brought us to the precipice of a merger between two of humanity’s greatest threats — disease and war — new thinking and innovations can help us be prepared to respond effectively if those threats become a reality. Harvard Business Review

How Prepared is the World for the Next Epidemic?

An initiative led by Tom Frieden, former director of the CDC, has developed a tool that spotlights gaps in preparedness, and actions that countries and organizations can take to close them. The new website, PreventEpidemics.org, gives an individual score to each country and uses color codes to rank the world by five levels of preparedness. Washington Post

Fighting Pandemics Abroad is in Our Own Best Interest

Recently, the House appropriations bill for Health and Human Services slashed 2018’s $1.26 billion Public Health Preparedness and Response budget by one-third, down to $860M for 2019. The Hill

A Big Step Forward on Pandemic Preparedness and Response

Outbreaks represent the only time that new vaccines and therapeutics can be tested, which highlights the critical need for in-country clinical research capacity that can be scaled up for clinical trials during outbreaks. Brink 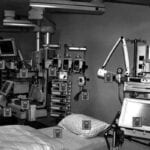