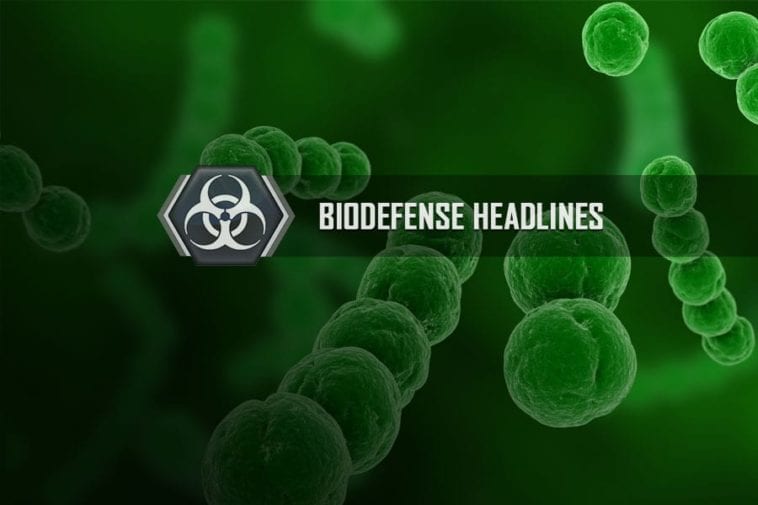 Health Security Threats are Real: What is Congress Doing?

In a rare show of bipartisan agreement, Congress passed, and the President signed into law, the Pandemic and All-Hazards Preparedness and Advancing Innovation Act. However, Congress must now ensure adequate funding to support the law, so the country has the resources to respond quickly, and the Administration must to act with urgency to implement these new authorities. Biotechnology Innovation Organization

Canadian researchers are reacting with puzzlement to the news that a “policy breach” has caused the nation’s only high-containment disease laboratory to bar a prominent Chinese Canadian virologist, her biologist husband, and a number of students from the facility. Science

This statement discusses GAO reports issued from December 2009 through March 2019 on various biological threats and biodefense efforts, and selected updates to BioWatch recommendations made in 2015. GAO

The Trump administration has quietly dismantled or cut back multiple programs that were created after the Sept. 11, 2001, attacks to help detect and prevent terrorism involving weapons of mass destruction, a Times investigation has found.

The retreat has taken place over the last two years at the Department of Homeland Security, which has primary domestic responsibility for helping authorities identify and block potential chemical, biological, radiological and nuclear threats. Los Angles Times

Did Lawmakers Demand the Pentagon Disclose If It Developed Weaponized Ticks?

This article addresses the narrow claim that the U.S. House of Representatives ordered an investigation into whether the Department of Defense experimented with ticks or insects as biological weapons. This claim is true: As first reported by Roll Call on July 15, 2019, the stipulation was added in an amendment to the 2020 Defense Authorization Act and approved with a voice vote on July 11. Snopes

Video recording of the Subcommittee on National Security meeting on June 26.

Committee on Oversight and Reform

Almost a year after the second-worst Ebola outbreak in history began in the Democratic Republic of Congo, the World Health Organization on 17 July finally declared the crisis a “public health emergency of international concern” (or PHEIC for short)—a label that it has only used four times before. The Atlantic

A presidential statement released Saturday 20 July announced the President has taken over leadership of the response to the Ebola virus disease outbreak, assisted by a panel of six experts headed by Dr. Jean-Jacques Muyambe Tamfum, Director-General of the National Institute for Biomedical Research. Media Congo

With the deadly Ebola outbreak in Congo now an international emergency, neighboring South Sudan and its war-weakened health system is a major concern, especially after one case was confirmed near its border. Health experts say there is an urgent need to increase prevention efforts. AP News

CDC Made a Synthetic Ebola Virus to Test Treatments. It Worked

The research conducted in the agency’s most secure laboratories — BSL4 — showed that two of four therapeutics being used on patients in this outbreak appear to be on target for the outbreak virus. They tested Gilead’s antiviral drug Remdesivir and the monoclonal antibody cocktail ZMapp, being developed by Mapp Biopharmaceuticals. The results are encouraging but also raise questions about why outside research groups have not received direct access to viral specimens from the DRC and instead had to create a synthetic version. Helen Branswell – STAT News

Secure Specimen Transfer from Ebola Biobank to the UK

In 2015, most of the residual clinical specimens from Ebola diagnostic testing in the PHE-led laboratories were collected and transferred to PHE in the UK, leading to the establishment of the Ministry of Health and Sanitation in Sierra Leone (MOHS)-PHE Ebola Biobank with the approval of the Sierra Leone Government.

Researchers globally may gain access to the fully anonymized samples which are released with a material transfer agreement that guarantees the rights of the Sierra Leone government to any intellectual property developed and ensures publication of all research results. Samples may be released when the risk of them containing live virus has been eliminated using a validated inactivation procedure. Gov.uk

A Department of Defense study that compared vaccine effectiveness (VE) of cell-based and egg-based flu vaccines found that the egg-produced version performed better against the 2009 H1N1 strain, and the cell-based version performed better against H3N2, though the difference wasn’t statistically significant. The analysis included 1,757 confirmed flu cases and 2,280 test-negative controls. Overall, both vaccines were moderately protective against all flu types: 46% for cell-based and 53% for egg-based. CIDRAP

Chinese officials have reportedly culled more than 1.2 million pigs to date in an attempt to prevent new infections, but the disease is spreading and has jumped to Vietnam and Cambodia in recent months. Desperate for a vaccine, China has put around $15 million towards research on the virus. The sheer complexity of ASFV will be a challenge: its double-stranded DNA genome can span an impressive 190 kilobases and codes for almost 170 proteins, dwarfing many other viruses. The Scientist

The new botulism antitoxin heptavalent (BAT) therapy was safe and effective in treating exposure to botulinum neurotoxins in adults and pediatric patients, according to a new post-licensure study published in Clinical Infectious Diseases. The study followed 162 patients, median age 51, treated with BAT for suspected botulism poisoning in the United States from 2014 through 2017. CIDRAP

Bacteriophage therapy is making a remarkable come-back, if measured in media attention. It is portrayed as safe and effective in treating infections where antibiotics fail. Yet, well-designed controlled studies either lack or failed to demonstrate benefits. All we have are case reports, with spectacular results. But that doesn’t make bacteriophages part of our daily options for treatment. And thus, desperate patients pay thousands of euros for bacteriophages in Georgia, Poland and Belgium for self-treatment, while – at the same time – all of us seem to agree that efficacy and safety should be determined. Reflections on Infection Prevention and Control

New research on Candida auris confirms what scientists have both suspected and feared: Some hospitalized patients who carry the fungus shed large amounts of it from their skin, contaminating the environment in which they are being treated and leaving enough of it to infect others later on. Helen Branswell – STAT

Researchers estimated that nearly 1,500 cases of Middle East respiratory syndrome coronavirus, or MERS-CoV, and around 500 related deaths may have been averted since 2016 through global efforts to detect infections and reduce transmission. Healio

Biological threats aren’t just black and white, but a vast spectrum of gray. We no longer live in a world where it’s just pandemics and bioterrorism, but also conversations surrounding dual-use research of concern (DURC), gene drive worries with CRISPR-modified mosquitoes, pandemic response, vaccine development, and so much more. Saskia Popescu, PhD – Contagion

What made this past century unusual was not pandemics per se, but our expectations about beating them. The germ theory of disease and other scientific advances in the 19th century fostered a sense of mastery over the microbial world. NY Times

Garza was born and raised in Webb County. For the past fifteen years, he has been an inspector with the Cattle Fever Tick Eradication Program, a mounted patrol started by the USDA in 1906. A tick rider patrols the border, the Rio Grande River, on horseback every day. Texas Monthly 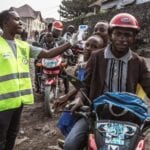 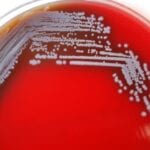