The the nation’s largest reserve of medicines and supplies for use in a public health emergency – the Strategic National Stockpile – has supported more than 60 public health responses since its creation in 1999.

Originally known as the Strategic Pharmaceutical Stockpile, the reserve of essential medical supplies that could be delivered to states and communities during an emergency within 12 hours of the federal decision to deploy was renamed the Strategic National Stockpile in 2003.

Today, over 200 stockpile experts are standing ready to deliver critical pharmaceuticals and supplies anywhere in the US.

Overall, $4.5 million in supplies were purchased and deployed on 26 flights carrying more than 347 tons of cargo to support public health needs in Puerto Rico and USVI.

In the midst of the Zika virus outbreak, the stockpile:

In response to requests from Louisiana and Mississippi related to Hurricane Katrina, the stockpile:

In response to Hurricane Rita, the stockpile sent medical supplies and Federal Medical Stations (totaling 2,000 beds) to assist in local response efforts. Beds were set up at Texas A&M University in College Station, Texas, as well as in Waco and Marlin, Texas. 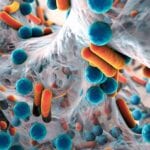 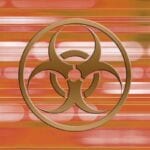