CARB-X is awarding Techulon Inc., located in the Virginia Tech Corporate Research Center in Blacksburg, VA, USA, up to $785,000 in non-dilutive funding to develop a new class of antimicrobial that would kill drug-resistant bacteria by targeting specific genes critical to the bacteria’s survival.

The CARB-X award supports preclinical hit-to-lead development of Techulon’s drug candidates targeting Acinetobacter baumannii and Pseudomonas aeruginosa, two superbugs that have been identified by the World Health Organization (WHO) as ‘priority pathogens’ posing the greatest threat to global health and by the US Centers for Disease Control and Prevention (CDC) as ‘serious threats’ to human health.

The Techulon project is the 50th innovative antibacterial early development project funded by CARB-X, established in July 2016. To date, CARB-X has invested more than $150 million in non-dilutive funding to accelerate the development of antibiotics, vaccines, diagnostics and other life-saving products to address drug-resistant bacteria, with additional funds committed if projects achieve certain milestones. The CARB-X portfolio has 31 active projects in five countries.

Techulon is developing novel peptide-peptide nucleic acids (PPNAs) antimicrobial compounds using its RANT platform, which can reveal DNA sequences in genes that are essential for the survival of microbes. The drugs work by precisely targeting these genes in superbugs causing an infection, thereby killing them. The PPNAs are composed of cell-penetrating peptides (CPP) conjugated via linkers to a gene target-specific antisense peptide nucleic acid (PNA) sequence for improved delivery into the microbe cytoplasm, efficient binding to target mRNA, and inhibition of translation of the target gene.

“CARB-X is fighting the spread of drug-resistant bacteria by supporting the development of innovative therapeutics and other products that target the most serious bacterial threats. We are making progress,” said Kevin Outterson, Executive Director of CARB-X, which is based at the Boston University School of Law. “The Techulon project is in the early stages of development but if successful and approved for use in patients, it could represent major improvements in the way deadly infections are treated.” CARB-X is a consortium led by Boston University and funded by a global partnership.

Infections from drug-resistant A. baumannii and P. aeruginosa can be fatal and are particularly threatening for patients with weakened immune systems. There is an urgent need for new therapies to treat infections caused by microbes such as these that have developed resistance to current antibiotics, rendering these drugs ineffective.

CARB-X partners have committed up to $500 million to invest in antibacterial R&D between 2016-2021. CARB-X’s goal is to support projects through the early phases of development through Phase 1, so that they will attract additional private or public support for further clinical development and approval for use in patients. These funds are in addition to investments made by the companies themselves. CARB-X provides between 80 and 90 percent of project costs, depending on the phase of development.

CARB-X is led by Boston University. Funding for the Techulon project is provided by the Biomedical Advanced Research and Development Authority (BARDA), the Wellcome Trust, Germany’s Federal Ministry of Education and Research (BMBF), and with in-kind support from National Institute of Allergy and Infectious Diseases (NIAID). 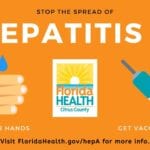 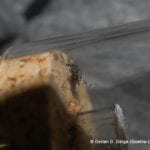