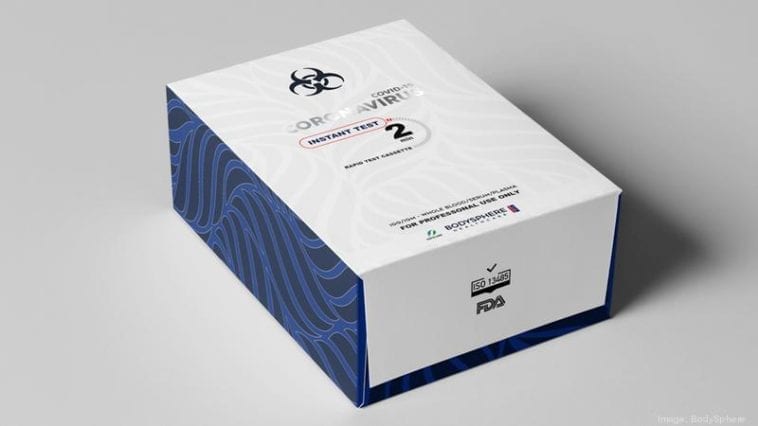 Reuters published a short report based on a poorly written press release on BusinessWire (since removed) from an unverified company claiming to have received an Emergency Use Authorization from the U.S. Food and Drug Administration (FDA) for a 2-minute COVID-19 test.

The FDA however, has not issued such an EUA.

The news was subsequently referenced in major media outlets such as U.S. News, The Hill, Axios, and MSN.

A full list of EUAs granted during the COVID-19 crisis is available here.

The following is the original press release copy:

BODYSPHERE Inc., announced today they are distributing a new Two-Minute Testing Kit for the diagnosis of the novel coronavirus (COVID-19). The U.S. Food and Drug Administration (FDA) issued Emergency Use Authorization for the test which uses antibodies in blood to test for current or past infection. The tests have a 91% clinical specificity rate and a 99% clinical sensitivity rate. Results are delivered on site in as fast as two minutes. This is a game changer as today in the United States, most COVID-19 testing results take between two to seven days.

The COVID-19 IgG/IgM Rapid Test Cassette is a lateral flow chromatographic immunoassay for the qualitative detection of antibodies (IgG and IgM) for the Novel coronavirus in human whole blood/serum/plasma. The test can be administered as easy as a glucose test but is designed strictly for use by medical professionals.

“When we realized we had the ability to step up and fight this pandemic at a critical point, we focused all our resources on bringing the rapid test kits, masks and other critical supplies to the front lines as soon as possible.” said Charlton E. Lui, Chief Executive Officer of BODYSPHERE. Lui continued, “Thankfully, when our perpetual quest for improving health put us in a position to deliver this lifesaving product – it became quite clear what we had to do.”

The test kits have been used successfully in several states where large roll outs are planned to combat the spread of the virus. BODYSPHERE is working closely with federal agencies and states to quickly deploy test kits across the country to hospitals, urgent care and emergency rooms. The company has already contracted cargo planes to deliver the product to the front lines faster. BODYSPHERE is positioned to have millions of test kits on the front lines in weeks.

Lui added, “At BODYSPHERE, we understand and have built an infrastructure to tackle some of the most daunting issues the world has faced; be it climate change, our ecosystem, pollution, public health concerns and the opioid crisis.”

BodySphere provides health alternatives to pain and treatment medications, supplements, carbon positive solutions, military and consumer protective gear, CO2 sequestration building materials, BODYSPHERE wear and clothing. From our retail pharmacies, private-label program to our online sales channels and our prescription products to our natural therapies, BodySphere delivers powerful quality solutions. We are committed to educate, train, employ, produce solutions, products and fund research and development that have a positive and everlasting effect for the future of humanity. Visit us atwww.mybodysphere.com

Charlton Lui is an established technological leader with a notable resume that includes tenure at the beginnings of Apple Computers, acquisitions for IBM and Microsoft, and Stanford Research Institute. Mr. Lui holds over 40 patents and worked with Bill Gates to develop the Tablet PC. He’s also responsible for co-founding Truetype font and the first Multi-media Internet conferencing. Charlton Lui has been featured in worldwide publications such as the Times, the cover of the Financial Times, USA Today, The Chicago Tribune and more.

The Two-Minute Test Kit has not been FDA cleared or approved. It has been authorized by the FDA under an Emergency Use Authorization for use by authorized laboratories and patient care settings. 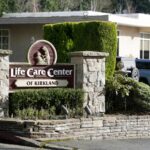 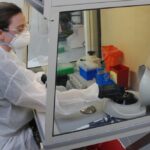