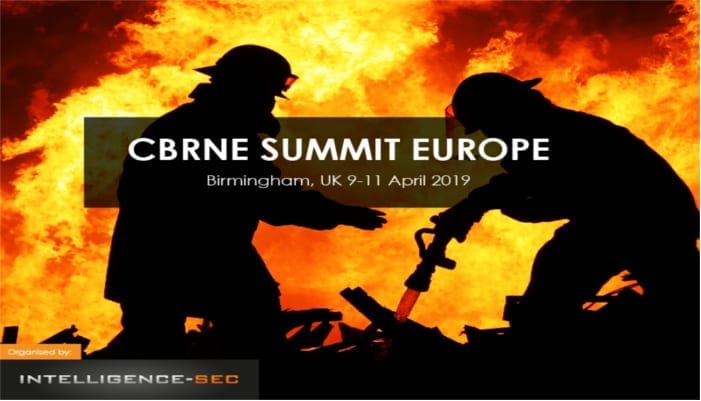 CBRNe threats are becoming a more regular occurrence in major cities across Europe. Many civil and military agencies are now having to improve their response times to major incidents and know on the scene how to quickly resolve the situation.

CBRNe Summit Europe 2019 will bring together key officials to CBRN capabilities and international cooperation, the use of robotics within a hotzone, medical countermeasures to chem-bio attacks, and first responder techniques, tactics and procedures.

Please visit the CBRNe Summit Europe 2019 website for more information and to register or contact Intelligence Sec events@intelligence-sec.com or by phone +44 (0)1582 346 706 and we will be happy to provide you further information on how you can participate either as a speaker, sponsor/exhibitor or as delegates.