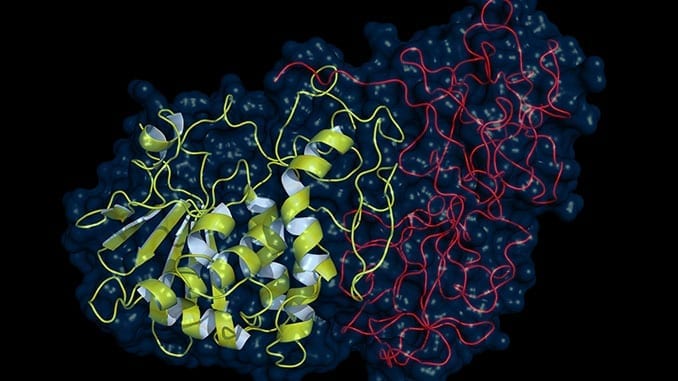 Soligenix, Inc. announced on Feb. 13 that its RiVax® (heat stable ricin toxin vaccine) development program for prevention of ricin intoxication has received “Fast Track” designation from the US Food and Drug Administration (FDA).

Fast track is a designation that the FDA reserves for a drug intended to treat a serious or life- threatening condition and one that demonstrates the potential to address an unmet medical need for the condition. Fast track designation is intended to facilitate the development and expedite the review of new drugs and biologics. For instance, should events warrant, Soligenix will be eligible to submit a biologics license application (BLA) for RiVax® on a rolling basis, permitting the FDA to review sections of the BLA prior to receiving the complete submission. Additionally, BLAs for fast track development programs ordinarily will be eligible for priority review, which imparts an abbreviated review time of approximately six months.

“We are very pleased to have been granted fast track designation from the FDA to go along with the orphan drug designation previously received,” stated Christopher J. Schaber, PhD, President and Chief Executive Officer of Soligenix. “We believe that the FDA’s action in granting fast track designation validates the unmet medical need that currently exists for a vaccine providing protection against lethal ricin toxin exposure and for the potential key role RiVax® can serve as a part of the US Strategic National Stockpile.”

Ricin toxin is a lethal plant-derived toxin and potential biological weapon because of its stability and high potency, and the fact that it is readily extracted from by-products of castor oil production. Ricin comes in many forms including powder, mist or pellet. Ricin can also be dissolved in water and other liquids. The US Centers for Disease Control and Prevention estimates that the lethal dose in humans is about the size of a grain of salt. Ricin toxin illness causes tissue necrosis and general organ failure leading to death within several days of exposure. Ricin is especially toxic when inhaled. Ricin works by entering cells of the body and preventing the cells from making the proteins they need. Without the proteins, cells die, which is eventually harmful to the entire body.

There are currently no effective treatments for ricin poisoning. The successful development of an effective vaccine against ricin toxin may act as a deterrent against the actual use of ricin as a biological weapon and could be used to vaccinate military personnel and civilian emergency responders at high risk of potential exposure in the event of a biological attack.

RiVax® is Soligenix’s proprietary heat stable recombinant subunit vaccine developed to protect against exposure to ricin toxin, the threat of which has been highlighted recently in the news with an envelope addressed to President Trump that was thought to contain this potent and potentially lethal toxin. With RiVax®, Soligenix is a world leader in the area of ricin toxin vaccine research.

RiVax® contains a genetically altered version of a Ricin Toxin A (RTA) chain containing two mutations that inactivate the toxicity of the ricin molecule. A Phase 1A clinical trial was conducted with a formulation of RiVax® that did not contain an adjuvant. This trial revealed dose dependent seroconversion as well as lack of toxicity of the molecule when administered intramuscularly to human volunteers. The adjuvant-free formulation of RiVax® induced toxin neutralizing antibodies that lasted up to 127 days after the third vaccination in several individuals.

To increase the longevity and magnitude of toxin neutralizing antibodies, RiVax® was subsequently formulated with an adjuvant of aluminum salts (known colloquially as alum) for a Phase 1B clinical trial. Alum is an adjuvant that is used in many human vaccines, including most vaccines used in infants. The results of the Phase 1B study indicated that alum-adjuvanted RiVax® was safe and well tolerated, and induced greater ricin neutralizing antibody levels in humans than adjuvant-free RiVax®. In animal studies, the alum formulation of RiVax® also induced higher titers and longer-lasting antibodies than the adjuvant-free vaccine. Vaccination with the thermostabilized alum-adjuvanted RiVax® formulation in a large animal model provided 100% protection (p<0.0001) against acute exposure to aerosolized ricin, the most lethal route of exposure for ricin. The protected animals also had no signs of gross lung damage, a serious and enduring ramification with long-term consequences for survivors of ricin exposure. These results are described in a publication available here.

Heat stabilization of RiVax® is achieved with the Company’s proprietary ThermoVax® technology, designed to eliminate the cold-chain production, distribution and storage logistics required for most vaccines. The technology utilizes precise lyophilization of protein immunogens with conventional aluminum adjuvants in combination with secondary adjuvants for rapid onset of protective immunity with the fewest number of vaccinations. By employing ThermoVax® during the final formulation of RiVax®, the vaccine has demonstrated enhanced stability and the ability to withstand temperatures at least as high as 40 degrees Celsius (104 degrees Fahrenheit) for up to one year. These results are described in a publication available here.

The development of RiVax® has been funded through a series of grants from both the National Institute of Allergy and Infectious Diseases (NIAID) and the FDA and ongoing development is sponsored by NIAID contract #HHSN272201400039C. Non-dilutive funding for the development of RiVax® has exceeded $40 million to date. RiVax® is being developed under the FDA “Animal Rule” and potentially would be added to the Strategic National Stockpile and dispensed in the event of a terrorist threat. RiVax® has received orphan drug designation in the US and in Europe.

As a new chemical entity, an FDA approved RiVax® vaccine has the potential to qualify for a biodefense Priority Review Voucher (PRV), which allows the holder accelerated review of a drug application. Approved under the 21st Century Health Cures Act in late 2016, the biodefense PRV is awarded upon approval as a medical countermeasure when the active ingredient(s) have not been otherwise approved for use in any context. PRVs are transferable and can be sold, with sales in recent years in excess of $100 million. When redeemed, PRVs entitle the user to an accelerated review period of six months, saving a median of seven months’ review time as calculated in 2009. However, the FDA must be advised 90 days in advance of the use of the PRV and the use of a PRV is associated with an additional user fee ($2.1 million in 2020).