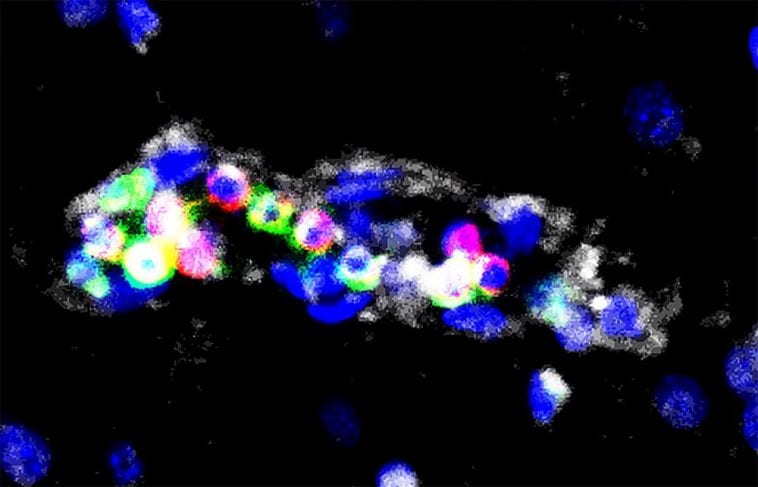 Researchers at the National Institutes of Health found evidence that specific immune cells may play a key role in the devastating effects of cerebral malaria, a severe form of malaria that mainly affects young children. The results, published in the Journal of Clinical Investigation, suggest that drugs targeting T cells may be effective in treating the disease. The study was supported by the NIH Intramural Research Program.

“This is the first study showing that T cells target blood vessels in brains of children with cerebral malaria,” said Dorian McGavern, Ph.D., chief of the Viral Immunology and Intravital Imaging Section at the NIH’s National Institute of Neurological Disorders and Stroke (NINDS) who co-directed the study with Susan Pierce, Ph.D., chief of the Laboratory of Immunogenetics at the National Institute of Allergy and Infectious Diseases (NIAID). “These findings build a bridge between mouse and human cerebral malaria studies by implicating T cells in the development of disease pathology in children. It is well established that T cells cause the brain vasculature injury associated with cerebral malaria in mice, but this was not known in humans.”

More than 200 million people worldwide are infected annually with mosquito-borne parasites that cause malaria. In a subset of those patients, mainly young children, the parasites accumulate in brain blood vessels causing cerebral malaria, which leads to increased brain pressure from swelling. Even with available treatment, cerebral malaria still kills up to 25% of those affected resulting in nearly 400,000 deaths annually. Children who survive the infection will often have long-lasting neurological problems such as cognitive impairment.

The researchers, led by Drs. Pierce and McGavern, examined brain tissue from 23 children who died of cerebral malaria and 11 children who died from other causes. The scientists used state-of-the-art microscopy to explore the presence of cytotoxic lymphocytes (CTLs) in the brain tissue samples. CTLs are a type of T cell in our immune system that is responsible for controlling infections throughout the body.

Current treatment strategies for cerebral malaria focus on red blood cells, which are thought to clog blood vessels and create potentially fatal blockages leading to extreme pressure in the brain. However, findings in the mouse model demonstrated that CTLs damage blood vessels, leading to brain swelling and death. The role of CTLs in cerebral malaria in children hasn’t been thoroughly investigated prior to this study.

“The disease appears to be an immunological accident in which the CTLs are trying to control a parasitic infection but end up injuring brain blood vessels in the process,” said Dr. McGavern.

“In separate studies we discovered that treatment of mice with a drug that targets T cells rescued over 60% of otherwise fatal cases of experimental cerebral malaria,” said Dr. Pierce. “Given our findings of T cells in the brain vasculature of children who died of the disease, we are excited by the possibility that this drug may be the first therapy for cerebral malaria.”

The impact of HIV coinfection on the risk of developing cerebral malaria is not known. The NIH researchers compared CTL patterns in the cerebral malaria cases that were co-infected with HIV and those that were HIV negative. In the HIV-negative cases, the CTLs were seen lining up against the inside wall of brain blood vessels. In the HIV-positive cases, the CTLs had migrated across the surface to the outside of the vessels. There were also significantly more CTLs present in the HIV-positive cases.

Together these findings suggest that CTLs may play an important role in cerebral malaria and that HIV infection may worsen the disease.

Additional research is needed to uncover the role of T cells in human cerebral malaria. Future studies will also investigate how targeting T cells may help treat the disease. Plans for a clinical trial are underway to test the effects of a specific T cell blocker in cerebral malaria patients in Malawi. 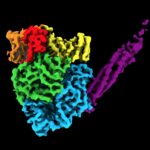