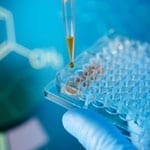 The Department of Homeland Security (DHS) weighed in last week during testimony to the Senate on the agency’s activities to address the security risks of Dual Use Life Science Research of Concern (DURC).

The recent controversy over publication of H5N1 studies falling under the DURC umbrella has brought the issue front and center for all federal agencies who conduct or fund legitimate life science research that could also be misused to aid bioterrorism. The controversy additionally spurred a new federal Policy for Oversight of Life Sciences Dual Use Research of Concern, released at the end of March.

DHS Science and Technology Directorate (S&T) Deputy Under Secretary Daniel Gerstein testified on mechanisms for mitigating dual use concerns arising from life science research activities that the agency funds at intramural laboratories such as the National Biological Analysis and Countermeasures Center (NBACC) and the Plum Island Animal Disease Center (PIADC), in collaboration with the Defense Threat Reduction Agency (DTRA) and other federal agencies, and at extramural or contracted research facilities.

A comprehensive process overseen by DHS Program Managers and the S&T Compliance Assurance Program Office (CAPO) creates a multidimensional and on-going review of each research program for biosecurity, nonproliferation, and treaty compliance.  Notably, some of the same review criteria in place at DHS CAPO have been identified for use in the new U.S. government DURC policy.

Gerstein described that an important part of the DURC oversight process is to have the most appropriate legal instruments in place for externally funded research such as to colleges and universities and contracted vendors.  DHS selects the best instrument for achieving desired research results and tailors it to specifically address mission requirements, information security, deliverables, and government control of the research activity.

“As an example, since grants in general do not afford the government much control over how research is performed, DHS includes non-standard grant terms in its research grants and cooperative agreements to capture any unintended security vulnerabilities created during the research,” stated Gerstein. “These terms require grant recipients to immediately notify DHS if sensitive information or products are created or discovered during the course of research.”  Gerstein further stated that DHS contracts for life sciences research typically provide for the right for DHS to object to publication or disclosure.

In the quest to stay at the forefront of science and technology development to support biosecurity, DHS described the necessity to weigh the need for government oversight and control in determining which activities should be performed in government laboratories and which ones are appropriately done in academic settings or with international partners.