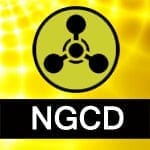 The Joint Project Manager for Nuclear, Biological and Chemical Contamination Avoidance (JPM-NBC-CA) has released a draft Request for Proposals (RFP) for the Next Generation Chemical Detector (NGCD) program.

The effort is designed to mature systems to fill known operational gaps in chemical detection. The selected contractors will complete NGCD Technology Development (TD) Phase activities that include a Breadboard Test event in the base contract followed by a Brassboard Test event and a Final Prototype Test event as options.

The contractor will be required to deliver one breadboard prototype system to a government sponsored chemical laboratory facility to collect spectra data from a government on selected chemical agents in a variety of test conditions. This Breadboard Testing event is planned for 15 business days consisting of setup, integration, testing, and cleanup. At the end of testing, the contractor shall retain possession of any non-contaminated components for continued use under the contract.

If advanced to the Brassboard phase, tests may include chemical testing at multiple health effects concentrations, and operational temperature and water vapor content (WVC) environmental testing required to verify NGCD requirements. These events may be conducted at a government facility or at a commercial facility of the governments choosing.

The Final Prototype Phase will include System Evaluator Training prior to the start of the testing in which the contractor will train up to twenty government representatives on the sensor technology, detection and identification algorithm, and data archival software. The contractor will also be required to develop an affordability management process that considers and assesses the life cycle cost impacts of the contractor’s design for the NGCD. Five prototype systems will be provided to the government for additional testing challenges.

The JPM-NBC-CA will use the results of the Brassboard Testing and Final Prototype Testing to determine if the program is sufficiently mature to move forward.

The information was released in advance of a scheduled Industry Day for the program on February 19 at Aberdeen Proving Ground, Md.

The announcement was made under Solicitation Number W911SR-13-R-0006.