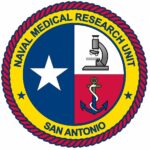 EAS is currently performing support services for NAMRU-SA including efforts to evaluate biomedical products and new biomedical technologies to detect and prevent infectious diseases. EAS also performs a range of other clinical and nonclinical related research efforts for the military group such as: literature surveys, development of research hypotheses, experimental designs, and the collection and statistical analysis of research data.

The contract bridges services for two to five months while the government reconciles unforeseen delays in awarding a new competitive contract to EAS that was held up by overturned protests. Without the extension, NAMRU-SA states it would be seriously impacted in program efforts, specifically in clinical trial processes that require continuity.

As a result of these actions, a new command was established combining these missions into NAMRU-SA. Due to the reimbursable nature of NAMRU-SA’s research programs, the laboratory relies heavily on contractor support to ensure it achieves its mission.

The period of performance for the EAS contract is anticipated to be a base period of 2-months, from March 27, 2013 through May 31, 2013. The contract will also include three, 1-month option periods. Funding for the base and option periods is estimated at $284,900.90.