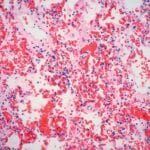 Sinovac Biotech this week announced the company’s new drug application (NDA) for a proprietary EV71 vaccine against hand, foot and mouth disease (HFMD) caused by enterovirus 71 has been filed and accepted by the Beijing Drug Administration.

In March 2013, Sinovac completed the Phase III clinical trial for its EV71 vaccine candidate and reported preliminary top-line data that showed approximately 95% efficacy rate for the vaccine against HFMD caused by EV71. Throughout the three phases of the clinical trials, the results demonstrated a good safety, immunogenicity and efficacy profile for the vaccine candidate.

“Filing the NDA and receiving filing acceptance from the Beijing Drug Administration is a significant milestone as for the China regulatory process for our EV71 vaccine candidate,” said Dr. Weidong Yin, Chairman, Sinovac President and CEO. “Due to the severe epidemic situation among children and infants in China, China Food and Drug Administration has been paying high attentions to the vaccine development and aim at supplying the high-quality vaccines against EV71 to the high-risk populations as soon as possible.”

Sinovac received approval from the China Food and Drug Administration in late 2010 to continuously conduct all three phases of the human clinical trials on EV71 vaccine candidates instead of phase-by-phase approval as per the standard process.