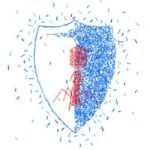 Researchers from the Wyss Institute for Biologically Inspired Engineering at Harvard have found that bacteria in the gut under attack by antibiotics have allies no one had ever anticipated. Gut viruses that usually commandeer the bacteria actually enable them to survive the antibiotic onslaught, most likely by handing them genes that help them withstand the drug.

The gut viruses, called bacteriophage or simply phage, deliver genes that help the bacteria to survive not just the antibiotic they’ve been exposed to, but other types of antibiotics as well. That suggests that phages in the gut may be partly responsible for the emergence of dangerous superbugs that withstand multiple antibiotics, and that drug targeting of phages could offer a potential new path to mitigate development of antibiotic resistance.

“The results mean that the antibiotic-resistance situation is even more troubling than we thought,” said senior author Jim Collins, Ph.D., a pioneer of synthetic biology and Core Faculty member at the Wyss Institute for Biologically Inspired Engineering, who is also the William F. Warren Distinguished Professor at Boston University, where he leads the Center of Synthetic Biology.

Certain bacteria have adapted to antibiotics faster than scientists can generate new drugs to kill them, creating a serious threat to global health. Patients who are hospitalized with serious bacterial infections tend to have longer, more expensive hospital stays, and they are twice as likely to die as those infected with antibiotic-susceptible bacteria, according to the World Health Organization. In addition, because first-line drugs fail more often than before, more expensive therapies must be used, raising health-care costs.

In the past, Collins and other scientists have probed the ways gut bacteria adapt to antibiotics, but they’ve focused on the bacteria themselves. But Collins and Sheetal Modi, Ph.D., the lead author of the study and a postdoctoral fellow in Collins’ laboratory and at the Wyss Institute, knew that phage were also abundant in the gut, and that they were adept at ferrying genes from one bacterium to another.

The researchers wondered whether treating mice with antibiotics led phage in the gut to pick up more drug-resistance genes, and if so, whether that made gut bacteria stronger.

“When we treat mice with certain classes of drugs, we see enrichment of resistance genes to those drug classes,” Modi said.

“With antibiotic treatment, the microbiome has a means to protect itself by expanding the antibiotic resistance reservoir, enabling bugs to come back to be potentially stronger and more resistant than before,” Collins said.

“Antibiotic resistance is as pressing a global health problem as they come, and to fight it, it’s critical to understand it,” said Don Ingber, M.D., Ph.D., Wyss Institute Founding Director. “Jim’s novel findings offer a previously unknown way to approach this problem by targeting the phage that live in our intestine, rather than the pathogens themselves.”

Novel Antibiotic Shows Success in Treatment of Plague and Melioidosis