The program, originally called the Joint Nuclear Biological Chemical Reconnaissance System Increment II (JNBCRS2), has been in development since 2008.

Production under the order received is expected to be fulfilled during 2014 by FLIR’s Detection segment facility in Elkridge, Maryland. Work under the development contract is expected to occur over the remainder of 2014.

“This decision and related orders solidify our position in providing CBRNE solutions and demonstrate FLIR’s ability to provide advanced threat detection solutions via a distinctive commercially developed, military qualified (CDMQ) model,” said Andy Teich, President and CEO of FLIR. “Receiving this conclusive production decision and these orders are a result of the work of our CBRNE detection and integration teams and is enabled by our broad suite of sensor technologies.” 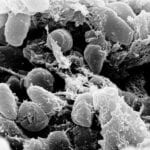