The possibility of moving the U.S. Air Force Office of Scientific Research (AFOSR) from Arlington V.A. to Wright Patterson Air Force Base has reportedly been quashed.

“The evaluation is completed and it is staying put” Secretary of the Air Force Deborah Lee James told the Senate Armed Services Committee last week, according to the American Institute of Physics.

AFOSR oversees basic research priorities and funding for the Service. The proposed move had drawn swift opposition from research and university groups, after the Air Force publicly floated the idea via an official request for input on the Impact of Air Force Office of Scientific Research (AFOSR) Location earlier this year.

Read more on this story at the American Institute of Physics. 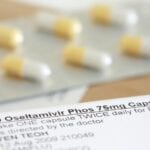