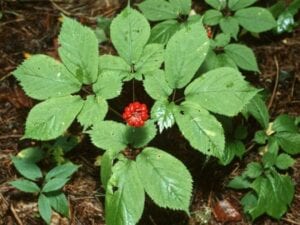 Researchers at Georgia State University’s new Institute for Biomedical Sciences have found that Ginseng can help treat and prevent influenza and respiratory syncytial virus (RSV), a respiratory virus that infects the lungs and breathing passages.

Lead GSU scientist Sang-Moo Kang partnered with researchers in South Korea to study how ginseng can be used to improve health and protect against disease. Ginseng has been reported to have anticancer, anti-inflammatory and immune modifying abilities.

After infection with influenza A virus, mice that were orally administered ginseng over a long time showed multiple immune modifying effects, such as stimulated antiviral production of proteins important in immune response and fewer inflammatory cells in their bronchial walls. The study indicates the beneficial effects of red ginseng extract on preventing influenza A virus infections could result from immune modifying capabilities of ginseng.

There are currently no approved vaccines available for RSV, which affects millions and is the leading cause of inflammatory bronchiolitis pneumonia and viral death in infants and in some elderly adults.