Experts at Battelle know that when there’s an emergency, heroes run to the fire, not away from it. And individual incident response teams of all stripes—fire, police, rescue and more—often are highly trained, efficient and up to the task.

But there can be gaps in the way all these teams work together when disaster strikes. That’s where Battelle’s Drill Driven Integration (DDI) method can help. Professionals in the incident response world always are looking for ways to more seamlessly integrate themselves during a situation, but before now, it has been quite elusive.

The DDI method is based on research and development done by Battelle engineers and scientists for the United States military and is a proven all-in-one training and evaluation method. It uses tactical drills and a matrix to identify points of integration between teams, build organizational consensus, mitigate potential risks, and optimize readiness for any kind of incident.

“Based on my observations over the last couple of decades and talking with many of my peers, incident response integration is somewhat of a holy grail,” said Paul Pirkle, a Battelle researcher leader and Director of Occupational and Environmental Health Solutions. “Systems and organizations with an incident response mandate are typically hierarchical and siloed. Their disparate world views can insidiously create boundaries to integration, even when members of those systems and organizations are sincere and passionate about integration. There hasn’t been a methodology or framework that systematically fosters integration from a training and assessment perspective —until now.”

Battelle’s approach is simple and elegant. The key is the creation of a system of tactical drills that serve as short explanations of what a particular team must do at a particular point in a response. Tactical drills define critical actions for each of the involved organizations and each is given a unique number based on where it can be found on an incident response matrix. Teams check the matrix to see where other tactical drills, for their own team and others, fall in the overall response.

“We did not create or rewrite detailed manuals or full blown checklists during DDI method development,” said Pirkle. “There are many great examples of those already. Our focus has been on weaving response organizations together at the critical action level.”

The simple numbering scheme lays out a framework that is definable and repeatable. “It’s like having a map,” said Pirkle. “Components of your tactical drill will cross reference another team’s, so that you know what the other teams are doing at the same time. Incidents are like life – they often don’t happen in order. Sometimes Step 5 comes before Step 4 or is skipped or repeated. But we have a pretty good idea of the basic plot, which we use to organize the tactical drills. The fact that real incidents are complex and non-sequential does not negate the utility of using time slices of a notional response to shape the program.”

Another plus to the DDI method is the assessment component that is built in. There’s a semi-quantitative scoring scheme for each critical action within each tactical drill. When all of the scores are rolled up, they give the executive leader of an organization the ability to see where the group is strongest and weakest and where to focus training, improve procedures and update equipment capabilities. 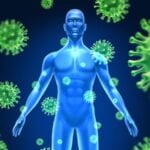