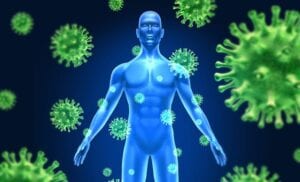 Results showed that some groups recommended for flu antiviral treatment by CDC, such as young children, were particularly unlikely to be prescribed antiviral medications. In contrast, clinicians may have overprescribed common antibiotics.

The authors of the study concluded that more needs to be done to educate clinicians on the benefits of flu antiviral drugs in high risk patients as well as the dangers of overprescribing antibiotics. Such practices have led to an alarming increase in bacterial drug resistance.

The study, published this week in Clinical Infectious Diseases, collected data from five sites in the U.S. Flu Vaccine Effectiveness Network during the 2012-2013 flu season. Study participants included patients 6 months of age and older with acute respiratory infection defined by cough for seven or less days. All patients were tested for flu infection using laboratory confirmation (via polymerase chain reaction).

Among patients with laboratory confirmed flu and for whom antibiotic data was available, results showed that 30% were prescribed one of three antibiotics, whereas only 16% were prescribed antivirals. Antibiotics are not recommended for treatment of viral infections because they do not benefit patients and can put them at harm for allergic reactions, antibiotic-resistant infections, and deadly diarrhea caused by the bacteria Clostridium difficile.

Observational studies from many countries have shown that early treatment of flu patients reduces the duration of hospitalization and the risk of severe outcomes, such as intensive care unit (ICU) admission or death. These studies have reported that clinical benefit of antiviral treatment is greatest when started within 48 hours of illness onset; however, clinical benefit has still been observed when antiviral treatment is started up to five days after illness onset.

Read the study at the Clinical Infectious Diseases Journal: Use of Influenza Antiviral Agents by Ambulatory Care Clinicians During the 2012–2013 Influenza Season.