Virginia Commonwealth University School of Medicine researchers have made an important advancement toward developing a vaccine against the debilitating and potentially deadly tick-transmitted disease, human granulocytic anaplasmosis (HGA).

During the past several years, experts have seen a steady rise in the incidence of human infections caused by tick-transmitted bacterial pathogens — making the need for a vaccine critical. Successful vaccine development hinges on knowing what to target to prevent disease, and the VCU team has identified three such proteins on the surface of the HGA agent.

HGA is caused by a bacterium called Anaplasma phagocytophilum. HGA is transmitted by the same ticks that transmit Lyme disease, and it is the second most-common tick-borne disease in the United States. Between 2003 and 2012, the number of cases reported to the Centers for Disease Control and Prevention increased more than sixfold. However, evidence indicates that many more cases go undocumented. The disease is also found in Europe and Asia and can affect dogs, cats, horses and sheep.

In a study, published in the August issue of the journal Cellular Microbiology, researchers report the discovery of a protein called A. phagocytophilum invasion protein A, or AipA, found on the surface of the bacterium. It is a key player in mammalian cell invasion. They identified the specific region of this protein that is necessary for infection.

Further, they discovered that AipA works together with two other previously identified A. phagocytophilum surface proteins, OmpA and Asp14, to enable the pathogen to optimally invade host cells.

“This is an important finding because it highlights that pathogens use cooperative, even redundant mechanisms to invade host cells,” said lead investigator Jason A. Carlyon, Ph.D., associate professor and a George and Lavinia Blick Scholar in the Department of Microbiology and Immunology in the VCU School of Medicine.

“Based on these findings, an effective preventative or therapeutic approach would be best achieved by targeting all three factors, rather than just one. Our research is a promising lead towards vaccine development against granulocytic anaplasmosis and is a blueprint for developing prophylactic and therapeutic approaches against pathogens that use multiple surface proteins to infect,” he said.

“Furthermore, we have determined that humans and animals make antibodies against AipA, OmpA, and Asp14 during granulocytic anaplasmosis, which means they could be used to develop effective diagnostic tests for the disease.”

Carlyon is working with Richard T. Marconi, Ph.D., professor of microbiology and immunology in the VCU School of Medicine, to translate these findings into a vaccine against granulocytic anaplasmosis. A patent application has been filed and the technology is available for licensure.

This study builds on previously published work from the Carlyon lab. In 2012 and 2013, the team identified OmpA and Asp14, and determined that they worked together to promote A. phagocytophilum infection. But, at that time, they also determined that a piece of the puzzle was missing.

“While using antibodies to target both did significantly reduce infection of host cells, the blocking was incomplete. This suggested to us the involvement of at least one additional Anaplasma protein, which, in this study, we identified as AipA,” Carlyon said.

Next, the team will identify the key regions necessary for infection for surface proteins, OmpA and Asp14, and then validate whether targeting the regions of all three proteins prevents infection using a mouse model. According to Carlyon, the information could be used to develop a “trifecta vaccine” to target the relevant regions of the three proteins, and thereby provide effective protection against infection.

The research was supported with grants from the National Institutes of Health and the United States Department of Commerce Economic Development Administration. 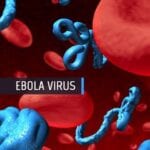