VeloThrax is the Company’s proprietary dominant negative inhibitor (DNI) anthrax recombinant protective antigen subunit protein vaccine.  Recent developments in the VeloThrax formulation have resulted in immune responses indicative of protection after no more than two administrations of the vaccine in a shortened (less than one month) vaccination regimen, in an animal model.

These results are indicative of a vaccine that can be given to humans in an abbreviated regimen, compared to the current vaccination that requires up to five administrations over a period of 18 months for full protective immunity in humans.  Next generation anthrax vaccines have been targeting a shortened vaccination schedule with fewer vaccinations for both pre and post-exposure use.

A rapidly acting form of VeloThrax has been developed by combining Soligenix’s proprietary vaccine thermostabilization platform technology, ThermoVax, and a potent adjuvant compound to yield a vaccine that is stable to high temperatures and induces neutralizing antibodies in an animal model.

The enhanced DNI vaccine was formulated with a synthetic immunostimulatory adjuvant that activates toll-like receptor 4 (TLR-4), a receptor that is important in recognition of pathogens.  The immune responses indicative of protective immunity were observed in fewer doses than the vaccine that did not contain the additional immunostimulatory adjuvant.  In mice, stimulation of TLR-4 by the use of the synthetic adjuvant improved the outcome of vaccination by enhancing anthrax toxin neutralizing antibodies after a single immunization.  Antibodies that neutralize anthrax toxin are critical for protective immunity.

The enhanced vaccine was also stable at 40 degrees Celsius (104 degrees Fahrenheit) for at least 3 months, indicating that the synthetic adjuvant component and the DNI antigen component were both stabilized.  Furthermore, even when VeloThrax was stored at 40 degrees Celsius for up to 3 months prior to administration, there was no evident loss of the ability to induce antibodies that neutralize anthrax toxin.

These studies were a continuation of studies that demonstrated that the DNI protein could be subjected to temperatures as high as 70 degrees Celsius (158 degrees Fahrenheit) for at least one month, with no evidence of denaturation in the formulated vaccine. Extensive testing of protein structure demonstrates that the thermally stressed DNI protein retained its completely native conformation after exposure to 70 degrees Celsius.

“We are very pleased that our enhanced anthrax vaccine, VeloThrax, has demonstrated promising results indicative of rapid onset of protective immunity,” stated Christopher J. Schaber, PhD, President & CEO of Soligenix.  “These data demonstrate the potential of creating a rapidly acting anthrax vaccine with the ability to withstand temperature extremes thereby avoiding the need for cold chain management.  We believe that stability at such elevated temperatures provides a distinct advantage over other anthrax vaccine technologies currently in development.  Further, DNI rPA is highly immunogenic and offers the potential for complete immunization with just one or two doses. We expect to continue to advance VeloThrax development with the support of government grants and contracts.  As with all our biodefense programs, our goal is to position VeloThrax as a next generation anthrax vaccine for stockpiling by the US government.”

Through its BioDefense Division, Soligenix is developing countermeasures for inclusion in the US government’s Strategic National Stockpile. The company’s ricin countermeasure RiVax and VeloThrax are currently the subject of a $9.4 million National Institute of Allergy and Infectious Diseases (NIAID) grant supporting development of Soligenix’s new vaccine heat stabilization technology known as ThermoVax.

The company also has an exclusive worldwide collaboration with Intrexon Corporation focused on the joint development of a treatment for Melioidosis, a high priority biothreat and an area of unmet medical need. 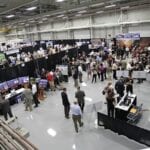 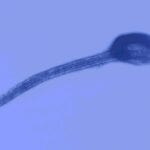