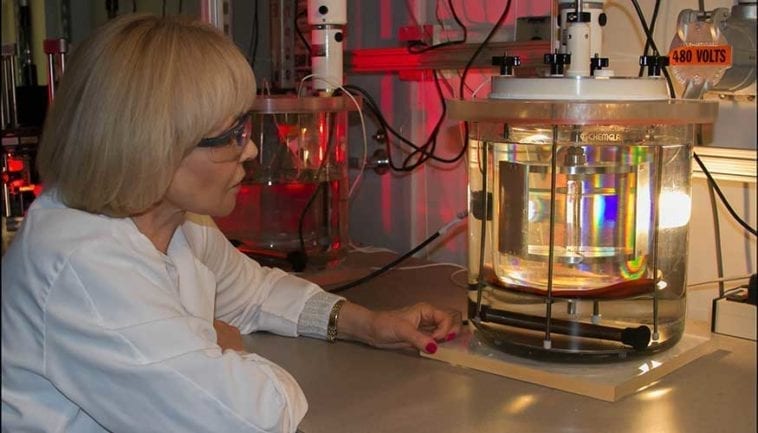 Started in 1974, the consortium assists the U.S. public and private sectors in utilizing technologies developed by federal government research laboratories. This year’s awards will be presented Aug. 26 during the FLC’s two-day Far West/Mid-Continent regional meeting in Denver, Colorado.

A team of LLNL chemists from the Lab’s Energetic Materials Center and the Forensic Science Center developed a miniaturized, portable, thin-layer chromatography (TLC) kit called the microTLC that can detect and identify unknown materials.

Originally developed to identify military explosives, the microTLC has been modified and now can also detect illicit drugs, selected environmentally-sensitive materials and precursors, along with determining the purity of the identified compounds.

The detection system was licensed to a small business, Field Forensics Inc., which is located in St. Petersburg, Florida. Field Forensics also licensed an earlier LLNL technology, the Easy Livermore Inspection Test for Explosives (ELITE), which has sold more than 100,000 units.

Three Laboratory employees – research scientists John Reynolds and Joe Satcher and Catherine Elizondo, a business development executive within the Lab’s Industrial Partnerships Office (IPO) – did the work associated with the technology transfer efforts.  The microTLC project was honored by the FLC as an “outstanding commercialization success.”

The device fills in major capability gaps in field testing for explosives and narcotics. Its detection platform measures 1.5 by 2 inches and requires about three minutes for identification. The chemicals for the instrument are self-contained and it only requires battery power.

The principal applications of the microTLC are for the military monitoring of bulk and residual explosives and for law enforcement to monitor illicit substances such as explosives and drugs. It also could find use in field and laboratory applications for forensics and first responders.

Working under a Department of Homeland Security grant, a team of LLNL scientists developed technology to produce large-scale, four-inch, high-optical quality stilbene crystals. Their work, in teaming with an East Coast photonics manufacturer, was recognized as an “outstanding commercialization success.”

The LLNL solution-grown technology is important because it demonstrates a more scalable and more economical approach for producing stilbene crystals, which have superior properties for detecting fast neutrons. Detecting neutrons is a critical capability for identifying special nuclear materials like plutonium in homeland security applications, as well as for uses in research and radiation protection.

Melt-growth techniques used in industry yielded only limited large crystals, making them unsuitable for widespread use. Consequently, liquid scintillators have remained the dominant choice for fast neutron detection even though they have inferior properties.

The stilbene crystal growth technology has been licensed to Inrad Optics, a New Jersey photonics manufacturer and small business. The company also concluded a work-for-others agreement with LLNL to assemble solution-growth equipment.

In June, Inrad Optics won two awards for its development of nuclear detection material licensed from LLNL. It was recognized by the Domestic Nuclear Detection Office for exceptional contributions to advanced materials development for neutron detection of nuclear materials. And the firm was named one of 25 companies to receive the Tibbetts Award from the U.S. Small Business Association for playing a critical role in research and development for the government. 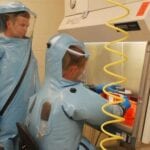 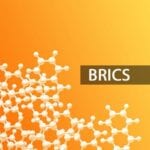