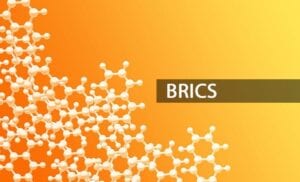 The BRICS portfolio will consist of a set of programs, of which this is the first, that aim to elucidate the design principles of engineering robust biological consortia and apply this fundamental understanding towards specific DoD applications.

The overall goal of BRICS is to develop foundational technologies that will set the field of synthetic biology on a path towards the eventual safe use of microbes that maintain their functional value in environments less stringently controlled and more complex than those in which they are cultivated today.

This current announcement calls for the development of generalizable approaches that may be ultimately integrated into a complex biological system. DARPA anticipates a second BAA at a later date comprising specific challenge scenarios that require the integration of capabilities developed within this program.

Highlighted focus areas for development include:

It is anticipated that approximately $42.5M will be awarded under the BAA, dependent upon the quality of proposals received and availability of funds.

Further details are available under Solicitation Number: DARPA-BAA-14-49. Abstracts are due September 23, 2014. Full program proposals are due December 2, 2014.