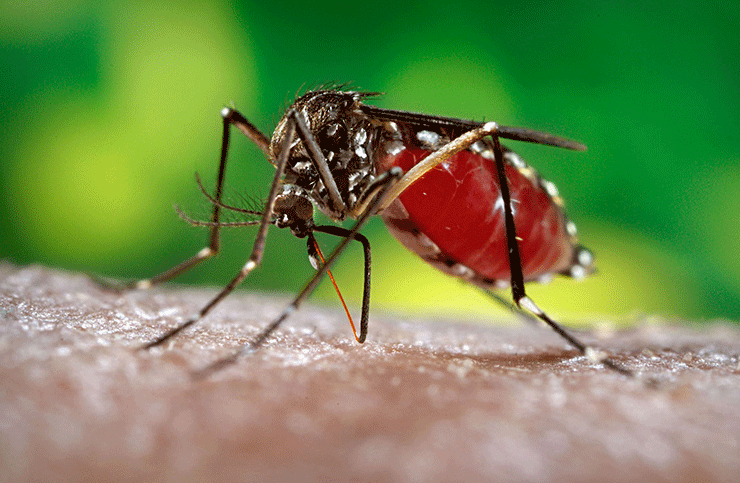 The University of East Anglia study used current data from Mexico, where dengue fever is present, and information about EU countries in order to model the likelihood of the disease spreading in Europe. They found that coastal regions in around the Mediterranean and Adriatic seas, the Po Valley and North East Italy were most at risk.

Dengue fever is a tropical disease caused by a virus that is spread by mosquitoes, with symptoms including fever, headache, muscle and joint pain. Each year, dengue infects 50 million people worldwide and causes approximately 12,000 deaths; mostly in South-east Asia and the Western Pacific.

Because the mosquitoes that carry and transmit the virus thrive in warm and humid conditions, it is more commonly found in areas with these weather conditions. Dense populations and global travel are also associated with increasing the spread of the disease, which was observed in the last few decades.

Local cases such as those reported in France and Croatia in 2010 clearly show that dengue can be transmitted in Europe, in areas where the mosquito species that carries the virus has established. For this study, the researchers wanted to estimate how likely the disease is to become established in Europe as its climate changes up to the end of the century.

The researchers analyzed data from Mexico on the occurrence of dengue fever and the effect of climate variables such as, temperature, humidity and rainfall, as well as socioeconomic factors that included population figures and GDP per capita. These data were then used to estimate dengue fever cases in the 27 EU member states over four time periods: baseline conditions (covering years 1961-1990), short-term (2011-2040), medium-term (2041-2070) and long-term (2071-2100).

The results of the long-term projections found an increased risk of the disease when compared to baseline conditions. The incidence rate is predicted to go from 2 per 100,000 inhabitants to 10 per 100,000 in some places. The areas anticipated to be at most risk were found to be along the Italian cost and Po Valley in Italy, the Spanish Mediterranean and southern Spain in general.

Lead researcher Paul Hunter, from UEA’s Norwich Medical School, says: “Our study has shown that the risk of dengue fever is likely to increase in Europe under climate change, but that almost all of the excess risk will fall on the coastal areas of the Mediterranean and Adriatic seas and the North Eastern part of Italy, particularly the Po Valley.”

The authors acknowledge that a limitation of their study is that it is based on clinical data from Mexico, which has much less summer-winter variation than Europe, thus affecting mosquitoes’ survival and overwintering. They believe that future work can strengthen their model by modifying it to take into account the difference in seasonality between both areas and testing other climate change scenarios.

Paul Hunter says: “The exact incidence of dengue fever is dependent on several other factors, some of which we were unable to model at this stage. Nevertheless, public health agencies in high risk areas need to plan, implement and evaluate active reporting of mosquito populations and clinical surveillance by local doctors. Work should be carried out to improve awareness of the increased risk amongst health practitioners and the general public.”

Read the study at BMC Public Health: Climate change and the emergence of vector-borne diseases in Europe: case study of dengue fever.