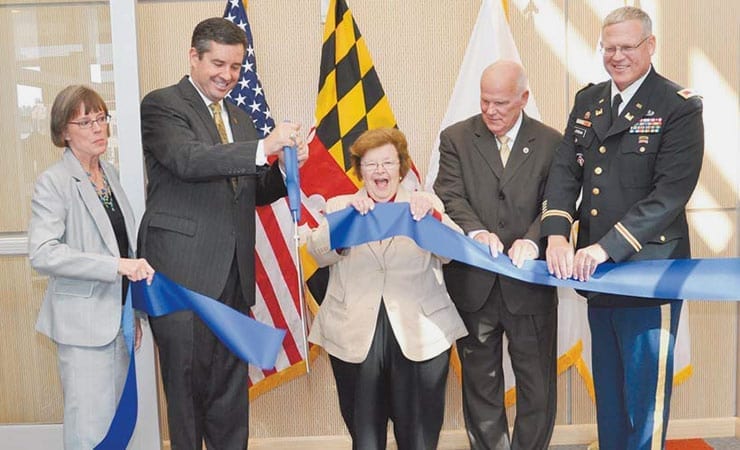 Maryland Senator Barbara Mikulski led the guests who spoke on the facility’s relevance due to current threats from rampant viruses and easy access to weapons of mass destruction.

The ACL is designed to safely house ECBC researchers as they work with the most toxic compounds known to man. The facility enables ECBC scientists to conduct groundbreaking chemical research to protect the nation’s Warfighters from the perils of the battlefield, today and in the future.

Mikulski recalled the late 1990s and early 2000s when she and other lawmakers were concerned about the installation’s “dated facilities” as well as the disposal of the aging mustard gas stockpile. She said the project to provide a safe environment, not only for Soldiers and the surrounding community, but for the scientists searching for solutions, has spanned decades.

Throughout, she said, ECBC scientists worked to come up with new techniques in the detection, handling and disposal of chemical and biological threats. “Those same techniques are now being used to dispose of Syria’s weapons of mass destruction,” she said.

Mikulski’s message to the ECBC workforce was that their work is recognized and appreciated. “You are valuable,” she said. “We do know what you do. Even though people change, our job doesn’t change. We value you and Team Maryland wants you to do your job and be respected, rewarded and compensated for it.”

Ormond added that every day he observes personnel working on things that affect Soldiers and said the lab will make a greater difference in detecting, analyzing and developing protections against threat elements.

“Clearly we know that ECBC is a critical part of our team,” he said.

Highly instrumented and adaptable, the ACL has the inherent flexibility to address the ever-changing requirements of ECBC’s chemical defense mission. Safety of the workforce and the communities that surround the center is of the utmost consideration. The facility’s engineering controls, such as sophisticated ventilation and filtration systems, protect not only the scientists inside the lab, but the environment outside as well.

In addition to supporting ECBC’s Warfighter mission, the ACL allows ECBC to continue to serve federal agencies, including the homeland security and intelligence communities; the Federal Bureau of Investigation, the Department of Justice and the Department of State. 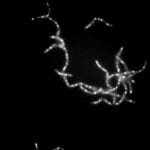