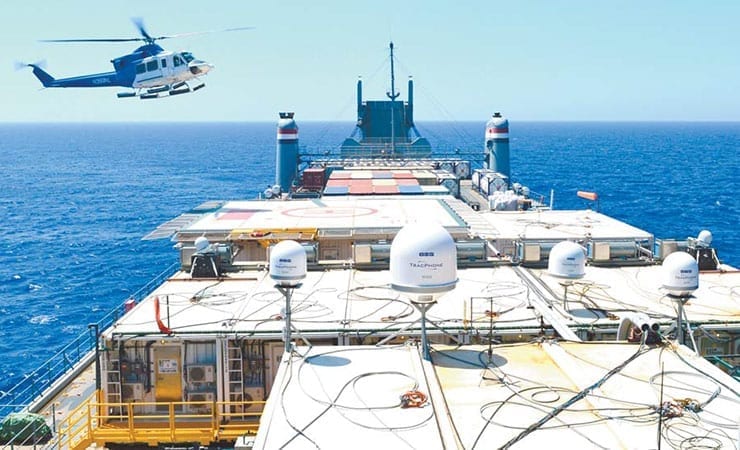 In the international waters of the Mediterranean Sea on Aug. 18, specialists from the U.S. Army Edgewood Chemical Biological Center (ECBC) celebrated the success of an historic mission: destroying more than 600 tons of Syria’s chemical weapon stockpile.

“I am very proud of the team of civilian employees who volunteered for this mission and who worked so diligently to ensure the safe destruction of these chemical warfare materials,” said ECBC Director Joseph Wienand.

“The team trained hard, they remained focused on the mission despite the long separation from loved ones back home. They did what no one else could do by using their experience and innovative technology to destroy these Syrian chemical warfare materials while on a ship at sea,” he said.

Everything about the mission was unprecedented, from the six-month acquisition of the Field Deployable Hydrolysis System (FDHS) technology to retrofitting the MV Cape Ray in order to install two FDHS systems on board.

It began with collaboration among the members of Team CBRNE (Chemical, Biological, Radiological, Nuclear and Explosives), a cluster of Department of Defense organizations located at the Edgewood Area of Aberdeen Proving Ground, Maryland dedicated to countering weapons of mass destruction (WMD).

ECBC spearheaded the design and manufacturing of the FDHS, as well as the chemistry behind the neutralization process and in-field experience to execute destruction operations.

“The team and I are deeply honored to have taken a system we conceived, built and installed on a ship and used it to safely and effectively eliminate the principal chemicals in the Syrian stockpile,” said Tim Blades, the Director of Operations on board the Cape Ray. “In almost 40 years of leading and performing chemical operations I have never been more proud of a team’s performance.”

ECBC and the other organizations involved in the mission have demonstrated a model of collaboration necessary to produce and field new technologies for critical missions that move countries toward a world free of WMD. ECBC has executed demilitarization missions for decades using a variety of land-based systems like CMA’s Explosive Destruction System (EDS) or the Transportable Detonation Chamber.

“The main advantage during FDHS development was that we didn’t have to design the system from scratch. We were able to go with the knowledge and experience we already had, including the field operations expertise with ECBC’s Chemical Biological Application and Risk Reduction (CBARR) Business Unit,” said Adam Baker, ECBC chemical engineer. “It’s great for ECBC to get recognized as one of the premier experts in chemical demilitarization operations.”

Now, with the joint mission of the Organisation for the Prohibition of Chemical Weapons (OPCW) and the United Nations complete, the crew returns home to APG. This mission takes Team CBRNE one step closer in its efforts to rid the world of WMD. 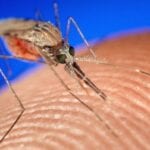