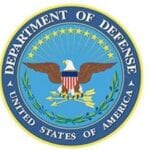 The 21-day controlled monitoring program for U.S. Service members returning from West Africa is a conservative and prudent approach, the chairman of the Joint Chiefs of Staff and his senior enlisted advisor said today.

Gen. Martin E. Dempsey and Marine Corps Sgt. Maj. Bryan B. Battaglia said they see the reintegration program troops will undergo upon return from Operation United Assistance as a move that fits the needs of service members and their families. They said military leaders will continue to assess and adapt the program as needed.

Both leaders said the military mission in Africa is unique in several ways.

“Our forces are the largest in number, and we are there for the longest duration,” Dempsey said, adding that the vast majority of service members deploying are not medical professionals. Centers for Disease Control and Prevention protocols call for self-monitoring for returning health care workers who are generally traveling alone or in small groups. But service members are not schooled in these protocols and will number in the hundreds and thousands, Dempsey said.

Reintegration is not new to service members and families — in fact, the military does this all the time, Dempsey said. “We tailor the reintegration program to what the soldier, sailor, airman, Marine, Coast Guardsmen have been through,” he said in a phone interview from his Pentagon office. “It varies on occasion from service to service.”

With up to 4,000 American service members deploying to West Africa to provide support for the worldwide effort against the Ebola virus, the Joint Chiefs of Staff had to develop a unique program for when large numbers of troops come home.

What the chiefs, the senior enlisted leaders and Dempsey agreed with was a controlled monitoring protocol — where medical personnel will monitor and report to a chain of command. It is “certainly a conservative approach, but also a prudent approach until we learn more about this mission,” Dempsey said.

This could change, the chairman said. “We’re over there for six months at a time, and we don’t think it will be one deployment,” he said. He went on to say the overall operation could last 18 months or more.

But the chiefs will reassess the reintegration protocols in 45 days, he said, and will listen to medical personnel, the service members themselves and the families. “If we think we’ve been too conservative, we will make an adjustment, and I can’t predict what that will be,” Dempsey said. “I feel good where we are now, but I’m open to the possibility that 45 days from now we will adapt.”

The reintegration protocol does not indicate a lack of trust in the men and women serving, Battaglia said.

Dempsey stressed that the chiefs’ decision was based on what they believed was best for the force and their families, but also was informed by the Pentagon’s medical experts. “There is a 21-day incubation for this disease, and that’s how we determined the controlled monitoring,” he said. “Based on what we know about how this disease spreads, it shouldn’t be a problem.”

American service members have been deploying around the world in large numbers since World War II. Service leaders know all about deploying, redeploying and reintegrating from the Middle East or Central Asia. But West Africa is a different environment, with different challenges.

“I think it is prudent to take the 21 days, get a good clean bill of health, let that shot clock expire on what we know the incubation period of the disease [to be], and then we send our young men and women home to their families when we’re confident that they are healthy,” Dempsey said. “It’s pretty clear that the senior commissioned and noncommissioned leaders take pretty seriously their responsibility to protect those who serve, and so we’re taking this approach now and we’ll adapt it as we need to over time.”

“As a military force, we lead, we supervise and we take care of our own,” he said. “It’s as important as the mission itself. When it involves the health and welfare of our men and women and military families, we will always take the more proactive approach. Controlled monitoring is an example of that.

“I feel very strongly that this is the safest post-deployment protocol in support of Operation United Assistance,” he continued. “We will continue to assess the situation on the ground to ensure it remains the most effective and safest method.”