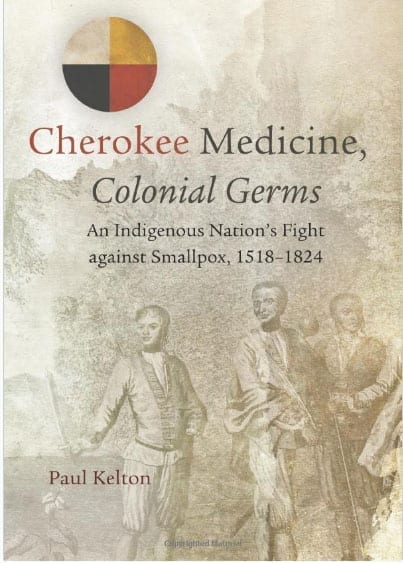 When University of Kansas researcher Paul Kelton came across a description from missionary Daniel Butrick that documented a Cherokee ritual aimed at fighting smallpox, it revolutionized Kelton’s thinking about the role diseases played in European colonization of the Americas.

“There are a lot of books out there that are dedicated to how Europeans came to acquire so much land in the Americas, but it seems lately that these books are beholden to this idea — that it was germs above all else that allowed Europeans to come and take over,” said Kelton, associate professor of history. “This explanation, which one can find in the popular works of Jared Diamond and Charles Mann, I found was very problematic because it was based on anecdotal-type evidence rather than a thorough type of investigation of how diseases actually spread and how indigenous peoples experienced disease.”

As part of his new book, “Cherokee Medicine, Colonial Germs: An Indigenous Nation’s Fight against Smallpox, 1518-1824,” Kelton disputes the idea that infectious diseases themselves gave Europeans an advantage over Native Americans because indigenous peoples did not have the right medicine or knowledge base to fight these new diseases, such as smallpox.

Kelton uncovered evidence that the Cherokees’ smallpox and other medicine dances were significant because they involved villages cutting themselves off from the outside world for a period of time, thus acting as an effective quarantine against smallpox or other potential epidemic diseases. However, as colonialism became more intense, several things began to interrupt the Cherokees’ ability to perform the smallpox dance and quarantine villages if needed, he said.

“What historians overlooked are those Native reactions so that Natives could respond effectively. They could quarantine. They knew to quarantine. In fact they knew to avoid places where the disease lurked,” Kelton said. “Colonialism, however, often prevented them from taking those constructive actions. If you’re being sought after as a source of slaves, if you’re now dependent on guns and ammunition to protect yourself, if your villages are being overrun by European armies or American militias, it gets difficult to protect yourself from disease.”

In the research for the book, he aims to place the effect of the spread of diseases within the broader context of colonialism’s upheaval in the Americas. Past historical works have focused typically more so on one factor instead of the total picture, Kelton said.

“To me those works do a great disservice to understanding history as a more complicated process in which human beings made decisions that really mattered. They are also a disservice to Native peoples. Through their own agency, they tried to protect themselves. They didn’t just roll over and die,” he said.

Kelton researched evidence in detail surrounding specific instances for how warfare inhibited the Cherokees’ ability to fight smallpox. During the First Cherokee War of 1759-1761 with the British, the Cherokees confronted three separate invasions of their nation while at the same time trying to prevent smallpox from spreading. In June 1760, for example, a British army invaded, then burned every village of the lower division of the Cherokee Nation; that created refugees who then spread smallpox into the middle settlements, he said.

Then in 1761, the British invaded again and destroyed most of the middle Cherokee towns. Cherokees living in those middle towns then became refugees, and they spread the disease. This illustrates how people shattered by war had a disadvantage at protecting themselves against a disease, Kelton said.

Europeans did not in this case resort to deliberately infecting Native Americans by way of contaminated blankets, and the idea that such actions occurred are greatly exaggerated and can only be proven in one case, an attempt to infect the Delawares at Fort Pitt in 1763, he said.

“Nevertheless,” Kelton said, “colonialism created conditions in which smallpox spread and did its deadly work, thus giving human agents some responsibility, albeit in a more nuanced and complex way, for Native deaths from the disease.”

Kelton also investigated an example from the American Revolution in 1780 when historians have widely reported that Cherokees died from a smallpox outbreak after capturing a boat of settlers on the Tennessee River. Kelton found that no one at the time wrote about a smallpox outbreak in the Cherokee Nation. Instead he found evidence that the Tennessee antiquarian John Carr pieced it together — likely erroneously — in the 1850s. Many historians took Carr’s work as fact, including Theodore Roosevelt, who wrote about and celebrated America’s westward expansion.

“Historians have taken that as truth for years, but when you look at the evidence, it was a made-up story, made up in the 1850s, and if you look at the documentary evidence of 1780 and 1781, there’s no evidence that the Cherokees had a major epidemic. But there is ample evidence that American militias invaded their nation on several instances and waged a scorched-earth policy,” Kelton said. “The story of a smallpox epidemic smiting the Cherokees for their opposition to the Americans thus became a convenient narrative that obscured what was in reality a brutal war waged against indigenous peoples.”

Having suffered much more terribly from the scourge of war than smallpox, Cherokees retained their medical beliefs and practices beyond the colonial era. Kelton found that Cherokees readily adopted smallpox vaccine when it became available in the early 1800s, bringing an end to their experience with major epidemics of that horrible disease. But in doing so, they did not abandon their own practitioners and their own rites.

“Smallpox,” Kelton said, “did not shatter Native belief systems and destroy their medicine as is so often depicted in the literature.”

Kelton hopes his research allows historians and the public to think more deeply about what can influence disease epidemics.

“The significance is that thorough research shows how much of what we understand about the past is based on sweeping generalizations built on anecdotal evidence that in the end provide very simple answers. These simple answers become circulated that unfortunately blind us to more troubling truths to really complex, difficult questions,” Kelton said. “What I hope is that my answer to this difficult question will encourage us today to put contemporary experience with infectious diseases in a larger historical context, one in which imperialism and colonialism — not independent actions of microbes acting alone — have created terrible health disparities around the globe.” 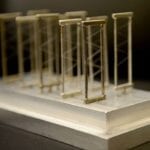 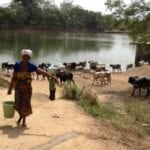