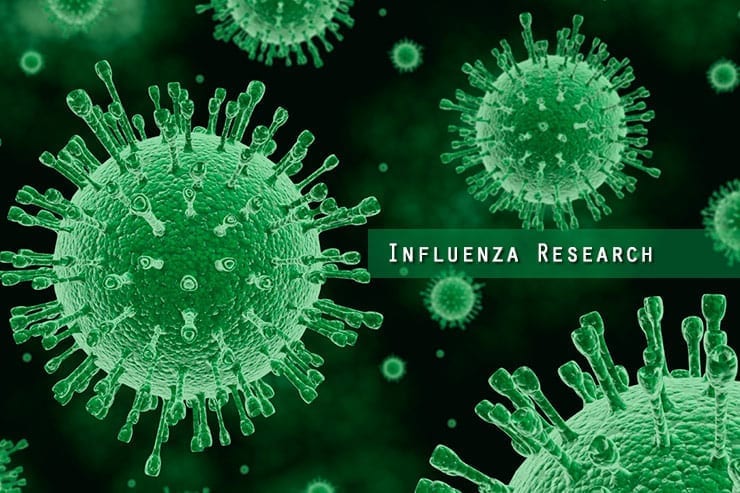 A research study from St. Jude has found promise in a new class of anti-influenza drugs that could form the basis of powerful new treatments.

By analyzing the molecular details of how artificially created drug-resistant flu strains manage to survive treatment, St. Jude Children’s Research Hospital scientists have developed insights to guide development of powerful new anti-influenza drugs. These compounds will target a viral enzyme critical to the virus’ proliferation in the body.

In their first experiments, the researchers got some good news. The scientists found that the virus could not evolve resistance to L-742,001 when researchers exposed successive generations of the virus to the drug—as might happen in clinical use of the drug.

“This finding is an encouraging sign that under natural conditions the virus may not readily become resistant to this class of drug,” Webby said.

Unable to induce the flu virus to naturally become drug-resistant, the researchers resorted to creating artificially resistant strains. The investigators produced viruses with mutations throughout the endonuclease protein and selected mutated viral strains that could survive the drug’s onslaught. Then, Stephen White, D.Phil., and his colleagues analyzed the structure of those mutations.

That structural analysis of the resistant mutations established that drugs like L-742,001 actually targeted the endonuclease active site.

“We introduced mutations all over the molecule, but only those at the active site produced resistance,” White said.

More specifically, the mutation studies identified regions of the active site that the virus could potentially mutate to evolve resistance to the L-742,001 class of drugs. This insight will help guide co-corresponding author Thomas Webb, Ph.D., of SRI International, who has been leading the synthesis of new drug molecules that don’t plug into such regions, to avoid such potential resistance. White said progress has already been made in making improved anti-influenza drug candidates.

“We already have molecules that bind to the active site much, much better than L-742,001, and stay away from one of the pockets that could evolve resistance,” White said. “And these findings give us more insight into designing drugs that avoid that region.”

The researchers issued one caution:  although the flu virus exposed to the drug did not naturally evolve resistance, it could develop resistance under continued “drug pressure.”

“For example,” Webby said, “the virus might develop and maintain resistance in the context of a family where multiple people are using such a drug.” However, he added: “Our study suggests that these resistant mutants probably can’t compete with natural viruses but by keeping the drug pressure on they do have the advantage.”

White said anti-viral drug research in general could benefit from the St. Jude approach to artificially generating resistant mutants and analyzing their structure.

“It’s certainly quite important that researchers perform the standard experiments of exposing a virus to drugs to see if resistance develops,” White said. “But this technique of generating mutants adds an important new dimension that enables researchers to confirm the targets of antivirals and to further probe the nature of potential resistance.”