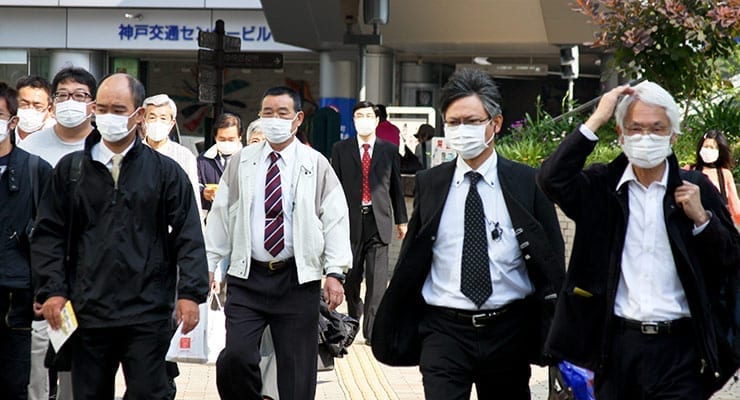 The wide diversity of flu in pigs across multiple continents, mostly introduced from humans, highlights the significant potential of new swine flu strains emerging, according to a new study published this week in eLife.

While swine flu viruses have long been considered a risk for human pandemics, and were the source of the 2009 pandemic H1N1 virus, attention has recently turned to the transmission of flu viruses from humans to pigs.

“Once in pigs, flu viruses from humans continue to evolve their surface proteins, generically referred to as antigens, resulting in a tremendous diversity of novel flu viruses that can be transmitted to other pigs and also to humans,” explains first author Nicola Lewis from the University of Cambridge.

“These flu viruses pose a serious threat to public health because they are no longer similar enough to the current human flu strains for our immune systems to recognize them and mount an effective defense. Understanding the dynamics and consequences of this two-way transmission is important for designing effective strategies to detect and respond to new strains of flu.”

Humans and pigs both experience regular outbreaks of influenza A viruses, most commonly from H1 and H3 subtypes. Their genetic diversity is well characterized. However, the diversity of their antigens, which shapes their pandemic potential, is poorly understood, mainly due to lack of data.

To help improve this understanding, Lewis and her team created the largest and most geographically comprehensive dataset of antigenic variation. They amassed and characterized antigens from nearly 600 flu viruses dating back from 1930 through to 2013 and collected from multiple continents, including Europe, the US, and Asia. They included nearly 200 viruses that had never been studied before.

Analysis of their data reveals that the amount of antigenic diversity in swine flu viruses resembles the diversity of H1 and H3 viruses seen in humans over the last 40 years, driven by the frequent introduction of human viruses to pigs. In contrast, flu from birds has rarely contributed substantially to the diversity in pigs. However, little is currently known about the antigenic relationship between flu in birds and pigs.

“Since most of the current swine flu viruses are the result of human seasonal flu virus introductions into pigs, we anticipate at least some cross-protective immunity in the human population, which could potentially interfere with a re-introduction of these viruses. For example, the H1N1pdm09 viruses circulating in both humans and pigs are antigenically similar and therefore likely induce some immunity in both hosts,” says Lewis.

“However, for the H1 1C, H3 3A, and H3 3B human seasonal lineages in pigs, the risk of re-introduction into the human population increases with the number of people born after the circulation of the human precursor virus, and is increased by the antigenic evolution of these viruses in pigs. Earlier introduced lineages of human H1 and H3 viruses therefore pose the greatest current risk to humans, due to the low or negligible predicted levels of cross-immunity in individuals born since the 1970s.”

Swine flu causes symptoms such as coughing, fever, body aches, chills, and fatigue in humans. Pigs can also experience fever and coughing (barking), along with discharge from the nose or eyes, breathing difficulties, eye redness or inflammation, and going off feed – although some display no clinical signs at all.

Vaccination to control flu in pigs is used extensively in the US and occasionally in other regions. Control strategies vary by region, with some countries not using any vaccinations, while others produce herd-specific vaccines for individual producers. There is no formal system for matching vaccine strains with circulating strains, however, and no validated protocols for standardization and effective vaccine use.

“The significant antigenic diversity that we see in our data means it is highly unlikely that one vaccine strain per subtype would be effective on a global scale, or even in a given region,” says co-author Colin Russell, also from the University of Cambridge.

“Our findings therefore have important implications for developing flu vaccines for pigs. They also emphasize the need for more focused surveillance in areas with a high pig population density, such as China, and situations where humans and pigs have close contact, in order to better assess the incidence of transmission between the animals and risk of spreading to humans.”