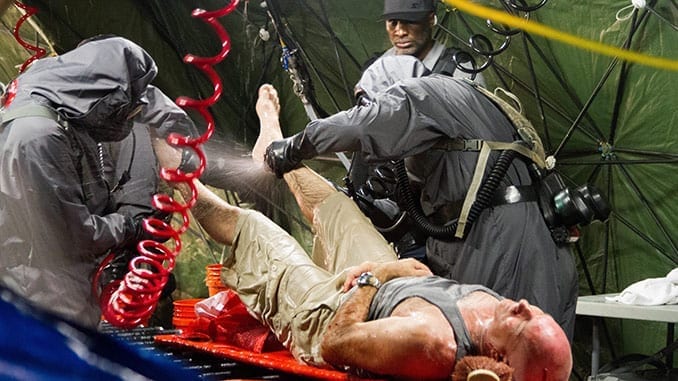 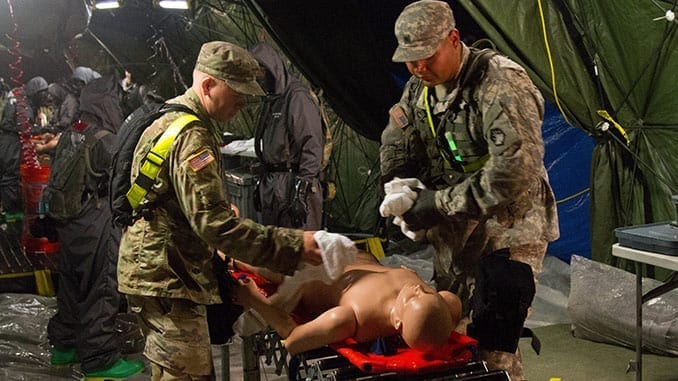 This was the latest integration training for these units which together make up the military’s 5,000-strong Defense Chemical, Biological, Radiological, and Nuclear Response Force, or DCRF.

The DCRF is a scalable response force ready to deploy within 24 hours to support local, state, tribal and federal agencies in the event of a large-scale CBRN incident. It’s comprised of units from across the country, as well as several units resident to Ft. Hood such as 1st Medical Brigade, 1st Air Cav. Brigade, and 36th Engineer Brigade. 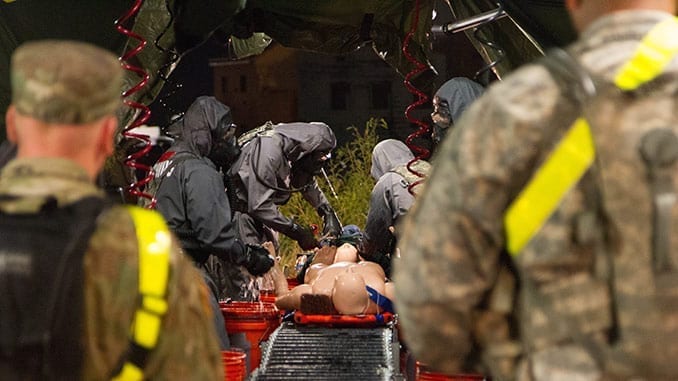 Unlike other military units that prepare for operations overseas, the DCRF is focused solely on the homeland. Its mission is to save lives, prevent further injury, and provide temporary critical support to enable community recovery.

“It’s important to us because it’s a homeland mission. We’re protecting U.S. citizens,” said Capt. Melissa Moorehouse, commander of the 172nd Hazard Response Company. “We want to save lives and mitigate human suffering, and conducting a large-scale exercise like this really helps us to be prepared so that when we have masses, we’re not overwhelmed and we can provide the care and assistance that’s needed.” 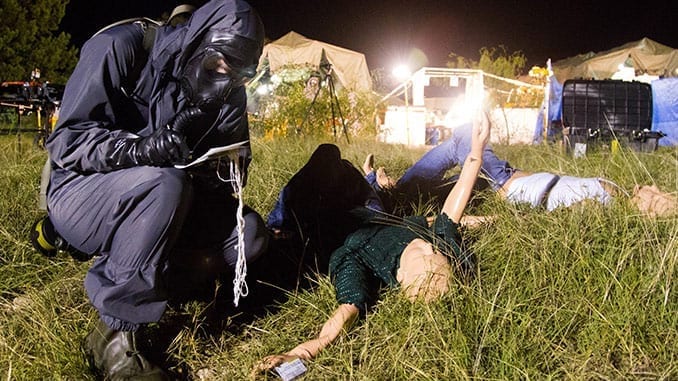 With help from more than 200 civilian role players who acted as injured survivors of the nuclear disaster, the Soldiers in the exercise were responsible for decontaminating and medically treating the various injuries. 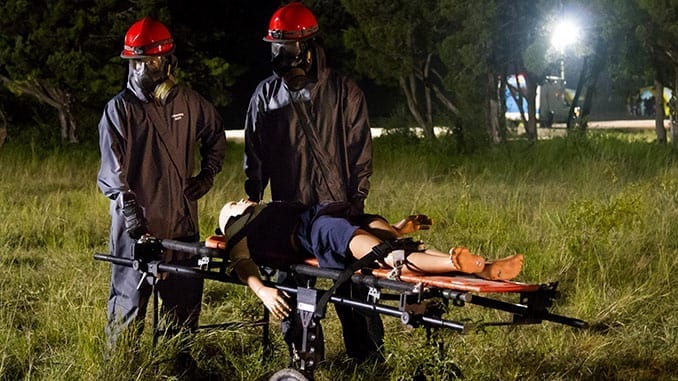 The mass-casualty decontamination began with Soldiers receiving the role players and sorting them by the severity of their simulated injuries: those requiring urgent care, those who are ambulatory (walking) and those who are non-ambulatory. Next, the role players were decontaminated, received medical treatment and then evacuated to another medical facility for further medical assistance. 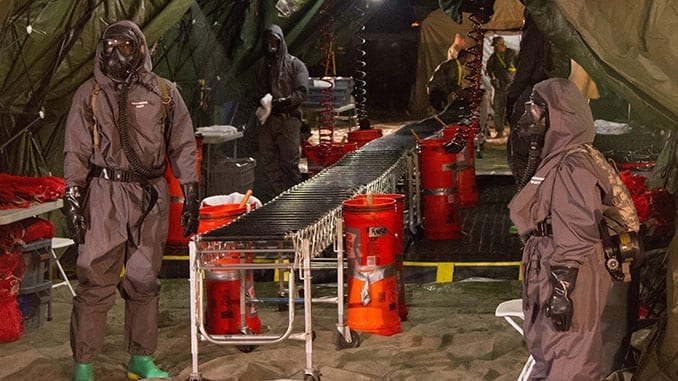 In total, Sudden Response 16 involved more than 2,000 military personnel from JTF Civil Support, the nation’s only standing CBRN joint task force. Other aspects of the exercise included urban search and rescue, as well as logistics, aviation, communications and medical support.

“This is a great opportunity for different units to come together and integrate their forces and different capabilities for an event that helps the U.S. population,” said Moorehouse.