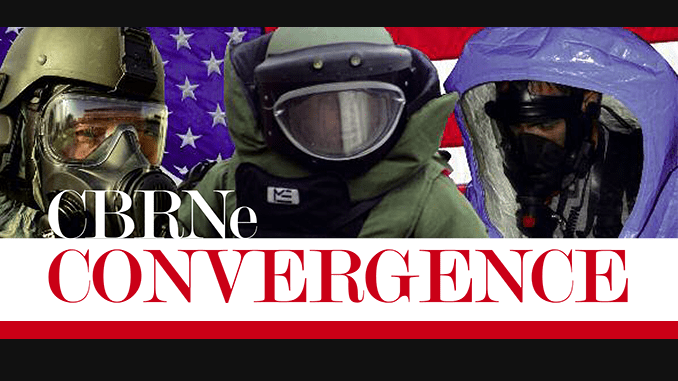 All eyes are already focussing on the forthcoming CBRNe Convergence Europe, taking place in London next year, which is due to feature cutting edge topics including CRISPR and the psychological effects of mass decontamination.

But before we forget it took place, here is a quick and dirty round up from the CBRNe World Convergence, which took place in San Diego earlier this month.

The 350-strong delegation travelled from across the world, including France, Belgium, USA and Turkey, to listen to key presentations from experts covering the full spectrum of CBRNe-related topics, from forensics to EOD, and food defense through to the situation in Syria.

On the first day, the audience heard from speakers including: Brigadier General William E King from 20th CBRNE Command, talking about their most recent operations and exercises across the globe. He also discussed the improved protection and situational awareness capabilities of 20th CBRNE Command.

There was a session focussing on LA Law, which featured presentations from the Los Angeles FBI, LAPD, the LA County Sheriff’s office and the Port Police LA, these represented the bulk of agencies receiving funding from the Securing the City initiative and provided delegates with an in depth appraisal of what this meant to Los Angeles.

In the other stream delegates listened to a session based around California’s CBRN and Counter Terrorist Defence, with presentations from FBI San Diego, California Air National Guard, and the DEA Southwest Laboratory. Will Hargett, Executive Vice President from Platinum Sponsor Bruker, presented on making the world safer with key threat detection technologies.

The event also provided an opportunity for the 65-strong key CBRNe industry figures to showcase the latest technologies and protection and detection equipment. Several new products were launched live at the show, including a new casualty isolation unit, a new handheld networked radiation detector, and a mobile gas chromatograph mass spectrometer for chemical threat identification.

The second day featured Brigadier General Gerry Amante, Armed Forces of the Philippines, talking on their experience when building a CBRN defence capability for the Philippines. Delegates also heard from Colin Barthel from the FDA talking about Food Defense and Dr Sermet Sezighan, GATA Medical University, who looked at the chemical warfare attacks during the Syrian tragedy.

The packed two-day programme included plenty of opportunities to network and discuss the latest issues, trends and approaches and was well received by all. If you’d like to come along to CBRNe Convergence Europe, in London visit www.cbrneworld.com for details of how to register.