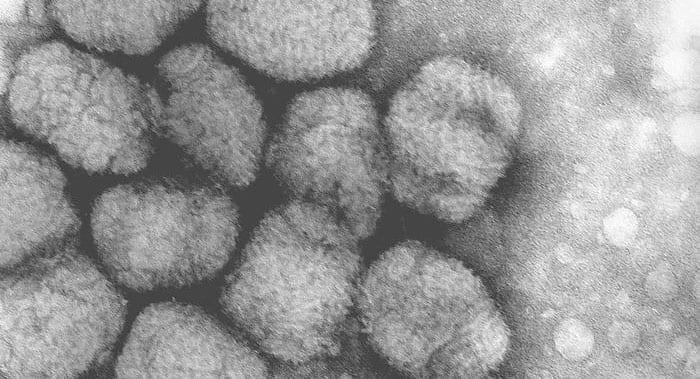 New research suggests that smallpox, a pathogen that caused millions of deaths worldwide, may not be an ancient disease but a much more modern killer.

An international team of researchers from McMaster University, University of Helsinki, Vilnius University and the University of Sydney raise new questions about the role smallpox may have played in human history and fuels a longstanding debate over when the virus that causes smallpox, variola, first emerged and later evolved in response to inoculation and vaccination.

“Scientists don’t yet fully comprehend where smallpox came from and when it jumped into humans,“ says evolutionary geneticist Hendrik Poinar, senior author of the study, director of the McMaster Ancient DNA Centre and a researcher with Michael G. DeGroote Institute of Infectious Disease Research. “This research raises some interesting possibilities about our perception and the age of the disease.”

Smallpox, one of the most devastating viral diseases ever to strike humankind, had long been thought to have appeared in human populations thousands of years ago in ancient Egypt, India and China, with some historical accounts suggesting that the pharaoh Ramses V – who died in 1145 BC — suffered from smallpox.

In an attempt to better understand its evolutionary history, and after obtaining clearance from the World Health Organization in Geneva, scientists extracted heavily fragmented DNA from the partial mummified remains of a Lithuanian child believed to have died between 1643 and 1665 – a period in which several smallpox outbreaks were documented throughout Europe with increasing levels of mortality.

The smallpox DNA was captured, sequenced and the ancient genome, one of the oldest viral genomes to date, was completely reconstructed. There was no indication of live virus in the sample and so the mummies are not infectious.

Researchers compared and contrasted the 17th Century strain to those from a modern databank of samples dating from 1940 up to its eradication in 1977. Strikingly, the work shows that the evolution of smallpox virus occurred far more recently than previously thought, with all the available strains of the virus having an ancestor no older than 1580.

“This study sets the clock of smallpox evolution to a much more recent time-scale,” said evolutionary biologist Eddie Holmes, a professor at the University of Sydney, Australia.

“Although it is still unclear what animal is the true reservoir of smallpox virus and when the virus first jumped into humans.”

The pox viral strains that represent the true reservoir for human smallpox remains currently unsampled. Both the closest gerbil (Tetarapox) and camel pox are very distantly related and consequently are not the likely ancestors to smallpox, suggesting that the real reservoir remains at large or has gone extinct.

One form of VARV (Variola virus), known as V. major was highly virulent and deadly, the other V, minor much more benign. However, scientists say, the two forms experienced a ‘major population bottleneck’ with the rise of global immunization efforts. The date of the ancestor of the minor strain corresponds well with the Atlantic Slave trade which was likely responsible for partial worldwide dissemination.

“This raises important questions about how a pathogen diversifies in the face of vaccination. While smallpox was eradicated in human populations, we can’t become lazy or apathetic about its evolution – and possible reemergence—until we fully understand its origins,” says Ana Duggan, a post doctoral fellow in the McMaster Ancient DNA Centre.

Whether the date of the ancestor, approximately 1580, precludes the massive destruction of aboriginal populations in central America by smallpox, introduced by the Spanish, remains questionable. To that end, researchers must carefully examine the remains of individuals buried in epidemic burials in central and southern America, say scientists.

“This work blurs the line between ancient diseases and emerging infections. Much of smallpox evolution apparently happened in historic time,” says Margaret Humphreys, historian of medicine at Duke University.