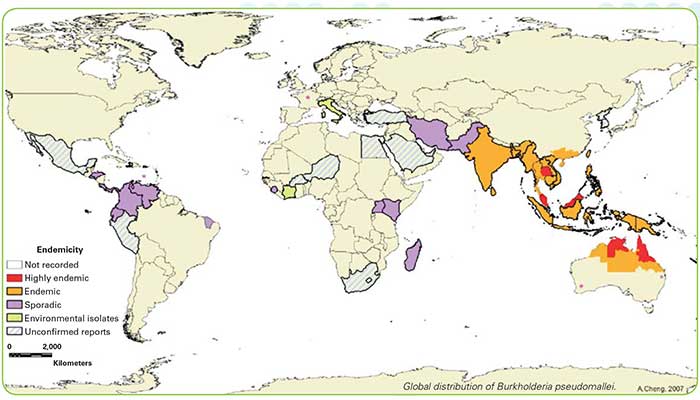 No definitive diagnostic test exists for Burkholderia, a category B agent caused by Burkholderia pseudomallei bacterium, which poses a threat to deployed servicemembers.

The Defense Threat Reduction Agency’s Chemical and Biological Technologies department is researching whole genome sequencing to improve the specificity of B. pseudomallei assays for enhanced detection and diagnostic devices, filling a critical capability gap for the Department of Defense.

Researchers David Wagner, Ph.D., and Paul Keim, Ph.D., of Northern Arizona University (NAU) are working to identify unique B. pseudomallei DNA sequences by analyzing the chromosomes of more than one thousand Burkholderia strains.

B. pseudomallei infections are difficult to diagnose due to the variety of symptoms and a lack of diagnostic testing. Current diagnostic practices rely on blood culture and a small collection of serologic tests. The former assay is often non-specific, time consuming and subject to misinterpretation. However, molecular diagnostic approaches, based upon polymerase chain reaction, have focused on available genomic sequences and proven variable with regard to performance.

Due to the tendency of B. pseudomallei to rearrange its chromosomes and exchange genes, improvements in assay sensitivity and specificity are hampered. Gene exchange has homogenized the overall genetic composition of Burkholderia while allowing the retention of species identity.

Three DTRA-developed sequencing assays, the TaqMan, MagPix and Amplicon, displayed promising results for diagnostic testing and were transitioned to the Joint Program Executive Office for Chemical and Biological Defense for further development.

The final phase of the NAU effort is focused on the function of the unique sequences; the first step in understanding why this genetic information is conserved in this pathogenic species.

DTRA’s investment in Burkholderia diagnostic assay development has benefitted the DoD while demonstrating the necessity of examining the genomes of infective species, including related, or near-neighbor, species. Improved diagnostic assays will allow for earlier medical intervention for servicemembers with Burkholderia, ‘solving the puzzle’ for accurate testing and diagnosis.

Article courtesy of DTRA, edited for context and format by Global Biodefense. 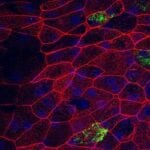 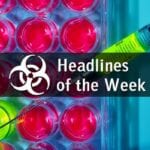