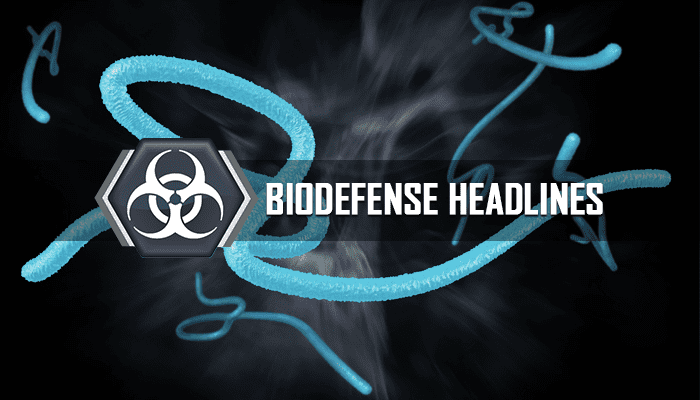 See what we’re reading this week at Global Biodefense on topics including the dangers of horsepox synthesis, portable biodosimetry systems, and improving vector-borne pathogen surveillance.

Horsepox Synthesis: A Case of the Unilateralist’s Curse?

The publication last month of Noyce’s horsepox work has proven controversial. Noyce and his colleagues have argued that demonstrating the feasibility of synthesizing horsepox will inform and advance the biosecurity conversation around smallpox. Others have disagreed and argue that generating a risk to show it is indeed risky seems a dangerous path, and the potential benefits of a better smallpox vaccine may prove poor compensation for the increased possibility that a malicious actor could cause an artificial smallpox outbreak. Bulletin of the Atomic Scientists

A challenge launched by the Department of Homeland Security is testing telehealth platforms designed for outbreaks to see if they can help spot and prevent biological attacks. The challenge seeks to identify platforms that can quickly and effectively identify an emerging biothreat. mHealth Intelligence and Global Biodefense

In two new studies in Clinical Infectious Diseases, researchers from Georgia assess doffing (taking off) of personal protective equipment (PPE) for Ebola disease, noting viral transfer to inner gloves and errors that could lead to contamination. Nonenveloped virus was infrequent on hands and scrubs but common on inner gloves, suggesting that inner gloves, but not necessarily alcohol-based hand rub, protect against hand contamination. CIDRAP

Experience has proved that despite all precautions, radiation accidents occur. According to the Radiation Emergency Assistance Center/Training Site Radiation Accident Registries, in the period of 1944–2004 there were 421 major radiation accidents worldwide. Therefore, the development of a non-invasive and reliable method that can produce results immediately after a radiation event is highly demanded for measuring radiation dose. Nuclear Engineering and Technology

DosiKit is a new field-radiation biodosimetry immunoassay for rapid triage of individuals exposed to external total-body radiation. Here, we report on the validation of this immunoassay in human blood cell extracts 0.5 h after in vitro exposure to 137Cs gamma rays, using γ-H2AX analysis. Radiation Research

WHO Warns of Soaring Rates of Measles in Europe

Europe has seen a big surge in measles cases in 2017, which the World Health Organization says is a tragedy after a record low of 5,273 cases in 2016. Cases increased four-fold, with more than 20,000 people affected and 35 deaths. Fifteen European region countries, including the UK, had large outbreaks. Measles cases were highest in Romania, Italy and Ukraine. People shunning vaccination is part of the problem, say experts. BBC News

At the end of January 2018, a total of 2160 laboratory-confirmed cases of Middle East respiratory syndrome (MERS), including 773 associated deaths (case–fatality rate: 35.8%) were reported globally; the majority of these cases were reported from Saudi Arabia (1786 laboratory-confirmed cases, including 699 related deaths with a case–fatality rate of 39.1%). Outbreak News Today

When the flu broke out in any given area, it was nothing out of the ordinary. It was when these massive movements of people around the world started showing; cities being decimated by fast-moving infections that this panic set in. This was a function, of course, of World War I. We saw enormous numbers of young, healthy people moving around the globe, and yet they were coming down with this deadly disease. KERA News

To streamline the surveillance process, increase sample throughput, and improve cost-effectiveness, a method to detect dengue virus and malaria parasites (Plasmodium falciparum) by leveraging the sugar-feeding behavior of mosquitoes and their habit of expectorating infectious agents in their saliva during feeding was investigated in this study. Journal of Vector Borne Diseases

Think of the project as something like Henry Ford’s first automobile—hand built and, for now, one of a kind. One day, though, we may routinely design genomes on computer screens. Instead of engineering or even editing the DNA of an organism, it could become easier to just print out a fresh copy. Imagine designer algae that make fuel; disease-proof organs; even extinct species resurrected. MIT Technology Review

The escalating threat of a potential nuclear war between North Korea and the U.S. has led the Department of Defense to join hands with a clutch of companies in developing more effective medical treatments for acute radiation syndrome. The DoD’s budget allocated $3.9 million of its total funding to develop such medical countermeasures in 2018, an increase of $600,000 from a year ago. Reuters

UN Mission Report: Allegations of the Use of Chemical Weapons in the Syria

How to Defeat a Nerve Agent

Nerve agents slot right into AChE’s active center, a narrow gorge. Once one nestles there and forms a covalent bond with a serine group, AChE “can’t spit it out,” says James Madsen of USAMRICD. As acetylcholine builds up in the synapses, victims may develop chorea and dance ghoulishly before collapsing and writhing in seizures. Without medical intervention, the brain stops sending signals to the muscles that control respiration and maintain blood pressure: Victims drift into a coma and will probably stop breathing. Milligram amounts of nerve agents are enough to kill. Science

Sulfur mustard, left the deepest and most visible scars on survivors of the war. Three decades later, about 56,000 Iranians are coping with lingering health effects from the blistering agent, ranging from skin lesions and failing corneas to chronic obstructive lung disease and possibly cancer. Researchers have found evidence, for example, that methylation of tumor suppressor genes may inactivate them and help explain the development of peribronchial fibrosis as well as slightly elevated rates of certain cancers, in particular blood cancers. Science

The two women had the most audacious task: Killing the brother of the North Korean leader. Right out in the open, using deadly chemical weapons in an international airport. And they claim to have had no idea what they’d gotten into. GQ India

Reports of attacks using chemical weapons in Syria are occurring with alarming frequency, despite international warnings that such acts cross an intolerable red line. Chemical weapons expert Hamish de Bretton-Gordon argues that the world is becoming too passive on this issue and could end up paying the price. BBC News

Even After Eradication, Polio Drops Given at Nepal Border’

The Uttarakhand government has been administering polio drops to children every day at entry points on the Nepal border for the last four years, officials said. “Polio has been eradicated from India in 2014, according to a World Health Organisation’s report. Since it still exists in our neighboring countries like Nepal, Bangladesh, Myanmar and Pakistan, polio vaccine is administered at every entry point on the borders as a precautionary measure to check the virus from coming to India.” Hindustan Times

“The acquisition of Leukine provides us with an established commercial business, a product that has demonstrated a clear and substantial impact on outcomes, and a program with the potential to become a core component of immuno-oncology, the treatment of acute radiation syndrome and the treatment of infections,” noted Partner Therapeutics CEO Robert Mulroy. PBR

Preventing S. aureus SSI: Who Does What?

Pre-operative (or better peri-operative) treatment of nasal S. aureus carriage is one of the most – if not the most – effective infection prevention measure. A large double-blind randomized controlled trial convincingly confirmed the meta-analysis results of previously performed smaller studies: 5 days of nasal mupirocin ointment together with chlorhexidine showering reduced the incidence of deep-seated S. aureus surgical site infection (SSI) with 80% among S. aureus carriers undergoing orthopaedic or cardiothoracic surgery. Reflections on Infection Prevention and Control

Should Colistin Be Banned for Pigs?

Colistin has become the antibiotic of last resort in certain circumstances in human medicine, after 40 years of animal health use – should it be banned in animals and only reserved for human use? Colistin is not absorbed from the gut so concentrates there and is an exceptional product for controlling diarrhea and bowel oedema in pigs, associated with E. coli and generally has demonstrated very little resistance development over the years, in comparison with many other antibiotics used by the industry. Pig Progress

Strains of Salmonella Typhi that are resistant to the first-line treatment (ampicillin, chloramphenicol, and trimethoprim-sulfamethoxazole) and the second-line option (fluoroquinolones) have become a major public health concern in Pakistan, and the rise of these strains has made ceftriaxone the empirical treatment of choice for typhoid fever patients. The emergence of a strain that is also resistant to ceftriaxone severely limits treatment options. CIDRAP

March 2: The Presidential Advisory Council on Combating Antibiotic-Resistant Bacteria will meet via teleconference to deliberate and vote on two resolution letters drafted by the Immediate Action Subcommittee. Register by 26 Feb. HHS

Course takes place April 23-27, 2018 in Bethesda, MD. This popular course offers a unique opportunity for the regulatory and scientific communities to discuss complex issues in an interactive environment and identify and share best practices for ensuring data quality and integrity in BSL-4 facilities. FDA

FOAs on Instrumentation Programs Could Be Instrumental to Your Research

As a researcher, you may be faced with this dilemma: you need to purchase or upgrade a mass spectrometer or other expensive instrument but can’t afford to do so on your own. One possible solution: applying to one of the S10 Instrumentation Programs from the NIH Office of Research Infrastructure Programs. National Institute of Allergy and Infectious Diseases

BAA – Medical Countermeasures to Protect Against Threats to Health Security

FDA revised its Broad Agency Announcement (BAA) for research and development to support regulatory science and innovation. MCM-related research submissions are encouraged under Area 7: Facilitate Development of Medical Countermeasures to Protect Against Threats to U.S. and Global Health Security. The current BAA announcement will remain open until further notice, but proposers are encouraged to submit white papers by March 30, 2018 for current fiscal year awards. FBO.gov

The Virus Hunter: In a Bygone Era, C.J. Peters Learned How to Bend the Rules

Now retired from the Galveston National Laboratory at the University of Texas Medical Branch, the stories Peters tells paint a picture of a golden age of virus hunting, when scientists often did first and asked second. Like the time Peters found himself driving through suburban Washington, D.C., with five plastic-wrapped monkeys, their frozen corpses teeming with Ebola viruses, in the trunk of his car. STAT

PrepTalks: The Next Pandemic – Lessons from History

John Barry’s PrepTalk, “The Next Pandemic: Lessons from History,” offers lessons learned from the 1918 and 2009 influenza pandemics. He provides guidance on what emergency managers can do to work with public health and elected officials to implement measures that can save lives. FEMA

* Battelle is an official site sponsor of Global Biodefense 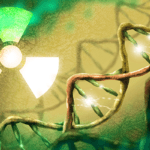