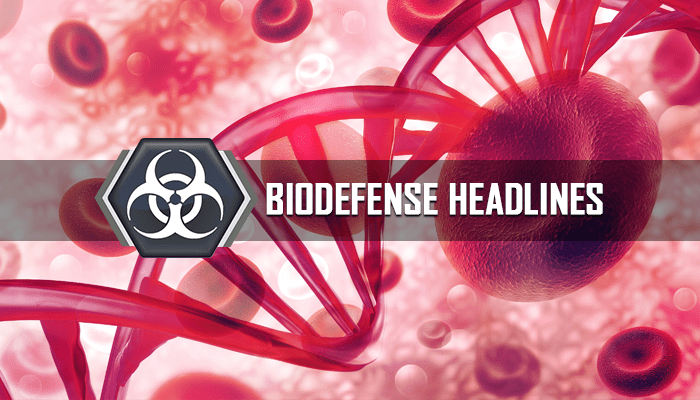 See what we’re reading this week at Global Biodefense on topics including funding for the National Biodefense Analysis and Countermeasures Center, the BBC Four Pandemic documentary, and avian flu in seabirds.

How fast can an outbreak be detected?

Rapid detection of outbreaks is critical. That’s why the CDC partnered with Uganda on a pilot program to speed things up. Because of the program, Uganda has cut the time it takes to confirm an outbreak from an average of two weeks to an average of 2.5 days. NPR

Global health leaders are paying close attention to the recent resurgence of tuberculosis (TB) in Venezuela, recognizing that the rise of a deadly infectious disease anywhere in the world is of international concern. As epidemics like Ebola and Zika fade from the headlines, support among policymakers about the importance of investing globally to prevent infectious diseases is trending in the wrong direction. The Hill

Melinda Gates recently spoke at South by Southwest this past weekend and underscored the vulnerability within the United States to bioterrorism. Both Melinda and Bill have repeatedly cited the vulnerability and seriousness of biothreats, regardless of origin, in our highly connected world. Pandora Report

Like many components of public health and infectious disease, the importance of prevention is often forgotten until an outbreak occurs. Hospital preparedness and infection prevention were not necessarily “big ticket” items in the United States until we had Ebola in Dallas, Texas, but it only takes 1 laboratory incident to remind us of the importance of biosecurity and biosafety. Contagion Live

The omnibus spending bill passed by the US House of Representatives on Mar 22 to fund the government through the end of September contains increases for NIH and the CDC. CIDRAP

Farm science advocates had some success this year in boosting federal funding for the discipline.  The 2018 spending bill approved by Congress this week gives a slight but meaningful boost to the U.S. Department of Agriculture’s (USDA’s) research accounts—including its competitive grants program for universities and other institutions. Science

Brazil is suffering its worst outbreak of yellow fever in decades. The virus, which kills 3 percent to 8 percent of those who are infected, is now circling the megacities of Rio de Janeiro and São Paulo, threatening to become this country’s first-blown urban epidemic since 1942. NY Times

Lassa fever: The killer disease with no vaccine

Lassa fever normally has a fatality rate of about one per cent. But in the Nigerian outbreak it is thought to be more than 20% among confirmed and probable cases, according to the country’s Centre for Disease Control. Health workers are overstretched, and a number have themselves become infected and died. BBC News

Only 30 worm infestations were detected last year, 15 in Chad and 15 in Ethiopia. When former President Carter began the eradication drive in 1986, there were an estimated 3.5 million cases in 21 Asian and African countries. NY Times

In search of a universal flu vaccine

The problem begins with flu’s ability to change faster than most other infectious diseases. Flu virus can make small tweaks to the two main proteins on its surface: hemagglutinin and neuraminidase. Sticking out of the virus like pins in a pincushion, these proteins are the H and N in scientists’ shorthand for different strains of flu, like H1N1 or H3N2. Hemagglutinin’s job is to get the virus into cells where it can replicate. Neuraminidase cuts the virus free from cells so it can recirculate and go on to infect more cells. Chemical & Engineering News

Thinking of going to Brazil? You will need a yellow fever vaccination

The Centers for Disease Control and Prevention has advice for people thinking about traveling to most parts of Brazil: get vaccinated against yellow fever or stay home. NY Times

Inching closer to a world without polio

Today, only three countries continue to see regular cases: Pakistan, Nigeria and Afghanistan. Of these, Pakistan is closest to becoming polio-free thanks to its persistent, innovative vaccination campaign programs. But its poor security, weak health system and lack of proper sanitation work against this effort. The Conversation

Commonly prescribed drugs called fluoroquinolones cause rare, disabling side effects. Researchers are struggling to work out why. Some FDA-approved fluoroquinolones were swiftly withdrawn from the market after severe adverse reactions and several deaths — trovafloxacin, withdrawn in 1999, damaged livers, for instance. But others became the drug of choice both for serious infections and for routine complaints, despite rare side effects. Nature

How bacteria could protect tumors from anticancer drugs

Several groups of scientists have now found that normal cells can inadvertently release substances that shield their malignant neighbors from anticancer drugs. That would explain why even targeted therapies—smart drugs that are meant to hit the specific genetic faults behind various cancers—sometimes stumble right out of the gate. The Atlantic

Brazil calls for entire nation to get yellow fever vaccine

The largest yellow fever outbreak to hit the country since the 1940s has prompted a call for all 27 of Brazil’s states to be targeted in a vaccination campaign that will aim to reach 78 million people by 2019. CIDRAP

Substantial technological advances of the past decade, such as synthetic vaccinology and platform manufacturing, can expedite the process and shorten manufacturing. Once a vaccine platform is established, such as that for DNA or mRNA vaccines, potentially it can be applied to multiple pathogens, especially within virus classes or families. NIH

Contagion! The viral hit that’ll have you reaching for the hand sanitizer

Viruses spread like wildfire; some people are more infectious than others; door handles are disgusting. It’s quite something that Contagion! manages to be both a cheery piece of Reithian edutainment and a grave portent of our impending doom. The Guardian

The Yelping of the American doctor

Why do doctors continue to prescribe antibiotics inappropriately? Some health care workers and researchers are beginning to talk about an uncomfortable explanation: Doctors feel pressured by what patients may say about them afterward. The fear of bad patient-satisfaction scores, or negative reviews on online sites, may be creating a “Yelp effect” that drives doctors to provide care that patients don’t actually need. Wired

What the color blue can reveal about pathogens and contamination

Columbia University researchers developed a powder that adds color to bleach to increase its effectiveness as a decontaminant and ensure the safety of health care workers in places affected by infectious disease outbreaks. DipNote

Dr. Colleen Jonsson, director of the Regional Biocontainment Laboratory at the University of Tennessee Health Science Center, will be taking her work in infectious disease research to a new level as director of a new institute at UTHSC. Memphis Daily News

You are invited by the Making a Difference in Infectious Diseases (MAD-ID) Scientific Advisory Committee to submit your abstract for consideration for presentation in poster format at the 2018 Annual Meeting. The submission deadline is Monday, April 2, 2018. All abstracts concerning Antimicrobial Stewardship and Infectious Diseases Pharmacotherapy are welcome. MAD-ID

Contagion! The BBC Four Pandemic – The model behind the documentary

As a part of the documentary ‘Contagion! The BBC Four Pandemic’, BBC Four launched a nationwide citizen science experiment. A smartphone app called BBC Pandemic recorded volunteers’ movements and selfreported contacts. The data was used to build and run a detailed model of how a pandemic would spread in the UK. Science Direct 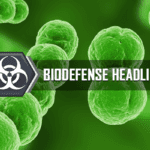 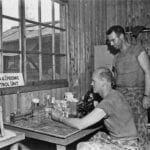