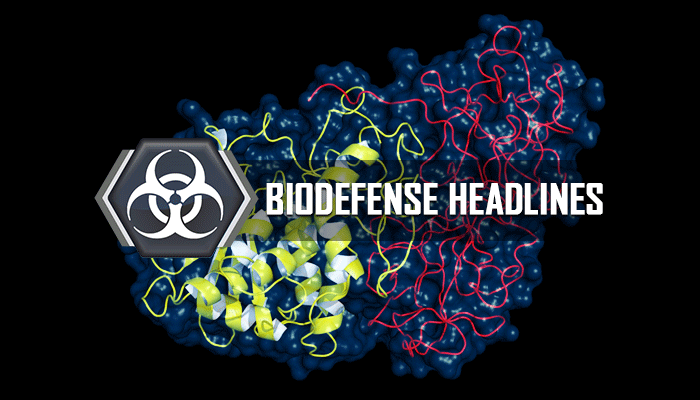 See what we’re reading this week at Global Biodefense on topics including the biosecurity impacts of too few large-animal veterinarians in rural areas; the overlooked migrant population in pandemic flu planning; and the arrest of a suspect in Germany allegedly planning a ricin attack.

Large-animal veterinarians inspect livestock before they can legally be sold for slaughter. If an illness spreads among a herd or flock, it’s Chandler’s responsibility to diagnose and report the problem to public health officials. Early detection is key to preventing devastating outbreaks, like the 2015 bird flu in the Midwest that led to the deaths of 50 million turkeys and chickens. NPR

Is Trump Ready for a Global Outbreak?

Pandemics are inherently political. Take, for example, the global effort that was required to eradicate smallpox in 1980. Should another pandemic break out, nations must be prepared to collaborate meaningfully in order to eradicate it. The Atlantic

Missing: Where Are the Migrants in Pandemic Influenza Preparedness Plans?

While it is crucial that our emergency management and public health programs are fully funded, the Pandemic and All-Hazards Preparedness and Advancing Innovation Act is about more than funding. It also lays the groundwork for executing our national preparedness and response strategy. STAT

Biosecurity by Design: Getting Ahead of Risk in the World of Designer Operations

The Nuclear Threat Initiative (NTI) has created a Global Biological Policy and Programs Unit in response to rapid advances in science technology. NTI:Bio’s focus is to continue to find ways to reduce threats from risks posed by advances in biotechnology. Pandora Report

Moving Away from Panic and Neglect: A Big Step Forward on Pandemic Preparedness and Response

On May 8, an Ebola outbreak was declared in the Democratic Republic of Congo. The Government of DRC announced a three-month $56.8 million Ebola response plan, and the international community acted swiftly. This stands in stark contrast to four years earlier when the Ebola Outbreak in three countries of West Africa received sluggish response from the international community. World Bank

German prosecutors have obtained an arrest warrant from a judge for a Tunisian man suspected of planning an Islamist-motivated attack and the manufacturing of a “biological weapon” using ricin. It said the suspect had bought 1,000 grains of ricin, a naturally occurring poison found in castor beans, and an electric coffee grinder online. Reuters

Ricin — An Easy-To-Obtain Bio-Weapon from the Internet

The poison is found in the seeds of Ricinus communis, the castor bean or castor oil plant. Castor is indigenous to the southeastern Mediterranean Basin, Eastern Africa and India, but is widespread throughout tropical regions. The castor oil plant protects its seeds from predators with ricin. Deutsche Welle

A cholera outbreak in Zambia which killed 114 people and made more than 5,000 others sick over eight months has been contained, Health Minister Chitalu Chilufya said on Friday. Reuters

The levels are low, but if some microparticles are inhaled or ingested by nuclear-site workers or their families, the radioactive dust is a “potential source of internal radiation exposure,” the study’s author writes. Seattle Times

A Sabin type 3 poliovirus was isolated from stool samples of the child. Isolation of Sabin type 3 poliovirus can be expected in children and communities immunized with bivalent oral polio vaccine, which contains attenuated (weakened) type 1 and type 3 Sabin strains.  Final laboratory analysis has confirmed that the AFP symptoms are not associated with wild or vaccine-derived poliovirus. Polio Global Eradication Initiative

An analysis of data on Sanofi’s dengue vaccine, which has been given to more than 800,000 school children in the Philippines, confirms it increases the risk of hospitalization and severe dengue in those who had never previously been infected with the mosquito-borne virus. Reuters

Sanofi’s New Dengue Challenge: Find a Diagnostic That Will Make Its Vaccine Safe to Use

Newly published data reveal in greater depth the problem Sanofi Pasteur’s Dengvaxia vaccine poses to children who have never experienced a dengue infection. The World Health Association expert panel in April recommended the vaccine only be given to children who have tested positive for a prior dengue infection. There is no such test at the moment. STAT

The National Association of County and City Health Officials will conduct an MCM training needs assessment from Monday, June 18 through Friday, July 20. NACCHO will invite via email a selection of state, local, tribal, and territorial MCM officials to participate in an online assessment as part of a larger project to develop a comprehensive MCM training plan. Interested participants with questions are encouraged to contact preparedness@naccho.org

Researchers found that among children enrolling in kindergarten, the number of those with nonmedical exemptions has increased since 2009 in 12 states, resulting in lower rates of vaccination for measles, mumps and rubella. “Hotspots” of nonmedical exemptions include: Seattle and Spokane in Washington state; Houston, Fort Worth, Plano and Austin in Texas; Salt Lake City and Provo in Utah; Phoenix, Arizona, and less populated and rural counties in Idaho. WebMD

A Crispr Conundrum: How Cells Fend Off Gene Editing

Human cells resist gene editing by turning on defenses against cancer, ceasing reproduction and sometimes dying, two teams of scientists have found, sending the stocks of some biotech companies into decline on Monday. But the scientists who published the research say that Crispr remains a promising technology, if a bit more difficult than had been known. NY Times

Researchers found that influenza remains highly stable and infectious in aerosols in various levels of humidity, suggesting that mucus and other airway secretions protect the virus when it is expelled. The results are contrary to the prevailing wisdom that influenza loses infectivity as humidity increases, researchers said. Healio

In order to enable local response to viral haemorrhagic fever outbreaks a mobile laboratory transportable on commercial flights was developed. The development progressed from use of mobile real time RT-PCR to mobile Recombinase Polymerase Amplification (RT-RPA). The various stages of the mobile laboratory development are described in this paper. Journal of Infectious Diseases

A Painful Takedown of Host Defenses

The high mortality rate of necrotizing fasciitis is caused by the aggressive, difficult-to-control destruction of subcutaneous tissue and underlying fascia by Gram-positive bacteria, such as Streptococcus pyogenes. Preventing the activation of nociceptor neurons may be a therapeutic strategy to limit the progression of necrotizing fasciitis and the need for drastic measures such as limb amputation. Science

Previously it has been shown that the infecting S. aureus population goes through a population bottleneck, from which very few bacteria escape to establish the abscesses that are characteristic of many infections. Here researchers examine the host factors underlying the population bottleneck and subsequent clonal expansion in S. aureus infection models, to identify underpinning principles of infection. PLOS Pathogens

Theranos Inc founder Elizabeth Holmes and the embattled blood-testing company’s former president were indicted on charges that they engaged in schemes to defraud investors, doctors and patients, the U.S. Justice Department announced on Friday. Reuters

If you’re hooked on genomics, look no further. In this blog post, a shortlist of the most influential recent books in this genre that will help you better understand genomics, from A to T. Synthego

Five Things You Might Not Know About the Plague

The plague—yes, that plague—is alive and well in the modern world. If this comes as a shock, you probably don’t live in one of the few areas that still harbors the bacteria that causes it. There are only a handful of countries left with it, including the U.S., but there are still widespread outbreaks in some of those areas—we’re talking upwards of a thousand people in some cases. Popular Science

Ricin made headlines internationally when it was found to have killed a Bulgarian dissident, Georgi Markov, in an infamous umbrella stabbing in London during the Cold War. The exiled writer and BBC journalist, an opponent of Bulgaria’s then-Communist government, was stabbed in the thigh in 1978. Later a tiny 1.7mm platinum pellet with a ricin-filled cavity was found in his body. BBC

Looking Back At 100 Years of Flu [Timeline]

The Spanish flu was attributed to Spain by France in 1918 where it was dubbed Spanish influenza. Interestingly, Spain had attributed the flu to France at the same time, with other countries also suggesting other attributions. Wherever the origin, the name Spanish flu stuck.  OUP Blog 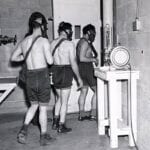 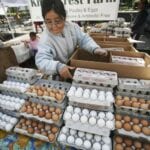